Samsung has patented a smartphone that can be expanded in both width and height, giving users a variety of new alternatives. The number of smartphone vendors offering foldable smartphones is gradually expanding. Consider the Galaxy Z Fold 3 and Galaxy Z Flip 3 from Samsung. One or more foldable devices have also been introduced by Huawei, Lenovo (Motorola), and Xiaomi. 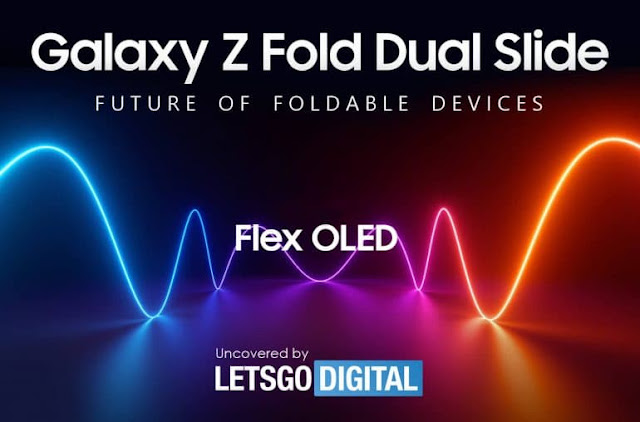 The brand’s first foldable phone, the Oppo Find N, was also unveiled. However, manufacturers are working on developing pull-out cellphones with a roll-up screen in the background. Other prototypes, such as the Oppo x 2021 and the TCL Fold ‘n Roll, have now been showcased. Samsung is also working on a slider phone, with the company’s display group demonstrating one in May. LetsGoDigital has previously reported on the Samsung Dual Slider Phone. We spoke about a Samsung dual-slider phone that could be moved up and down earlier this year. This time around, Samsung is exploring the possibilities of folding the screen both upwards and to the side. This creates many new user options.

The information is based on a patent that Samsung Electronics filed with the World Intellectual Property Office (WIPO) on May 21, 2021. 152-page documentation titled “Electronic device including multistate display and control method “was released today, December 16, 2021. The patent images show a modern Samsung phone, with a rounded screen on the right side and top. This gives the device a unique look. The images show an almost full-screen design, with only a narrow bezel border visible at the bottom. 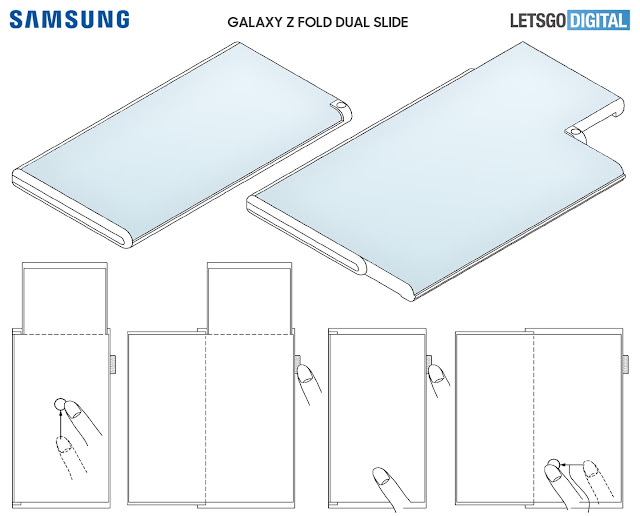 The ability to stretch the phone screen in both widths (right) and height (left) is a unique feature of this smartphone (top). The user has the option of zooming in on both pieces or just one of them. To begin the extraction procedure, press the button on the left side of the phone. The user can then use an upward or sideways pinch motion to determine which direction the screen should roll in or out on the touchscreen. between the screen, the surface is stored in the housing and is added to the front panel from the side and/or from the top. The screen can be enlarged approximately 30% in width and approximately 25% in height.

Samsung’s Dual Slide smartphone has a lot of features.

Whenever the device is opened in both width and height, a new form factor is generated, providing the user with additional alternatives. These protrusions on the other side of Samsung’s revolutionary roll-up smartphone can likewise be turned 180 degrees. In other words, the component that protrudes above will suddenly point downwards, and the interface will adjust accordingly – for example, a virtual keyboard or a calculator may emerge. 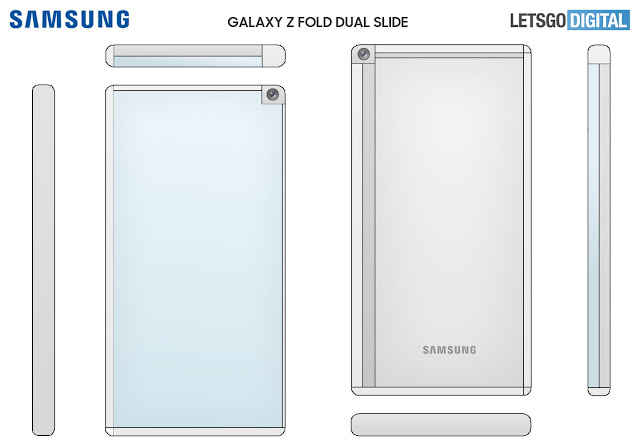 In the patent paperwork, many usage choices are provided and defined. Flex Mode, which we already know from the Galaxy Z Fold and Galaxy Z Flip smartphones, will be upgraded. For example, the extra screen space may be utilised to show control components or launch a new programme (split-screen). Another software, such as a messaging app, may show on the second section of the screen, for example. So the user can easily switch between apps at a glance, without having to close an app. It can also be useful when viewing the photo gallery to work with multiple display parts. The user can also modify the interface layout himself. 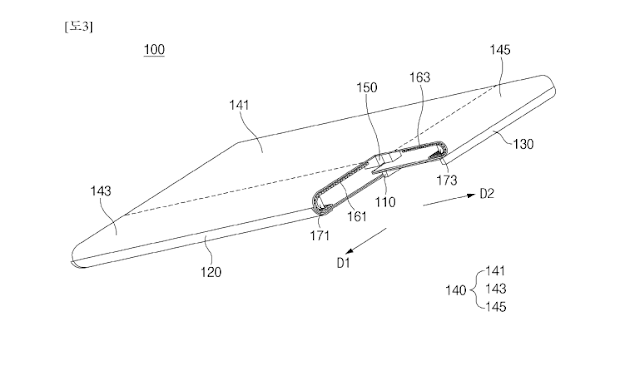 It’s a uniquely designed smartphone like we’ve never seen before. We know that Samsung has been involved in the development of sliding smartphones for several years. In early 2020, there were already rumours that Samsung would bring a retractable Galaxy phone to the CES show, so they could show it off to a small group. In the spring of 2021, the South Korean manufacturer also filed various trademark applications that the company could use as a name for these new types of mobile devices, such as the Samsung Galaxy Z Slide and the Galaxy Z Roll. At the moment, it is not known when the first removable Samsung smartphone will be officially released. We may know more in 2022.