The OnePlus 10 Pro was just announced in China, with the worldwide launch still underway. Although it hasn’t happened yet, there are already rumours that a OnePlus 10 Ultra is expected to have a spectacular camera setup. We may have just spotted a sketch of the 10 Ultra via a recent patent the Chinese company was awarded in September 2021. 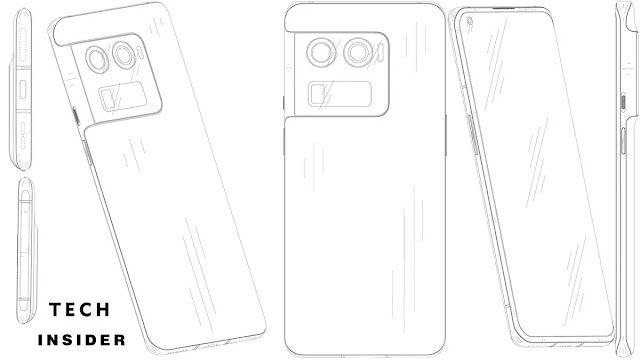 The device looks a lot like the OnePlus 10 Pro but the camera layout is noticeably different. The patent image that was spotted by whistleblower @TechInsider shows a  camera rectangle indicating a mirror periscope camera. It will be the first in the OnePlus line if it succeeds, as the patent suggests. Indeed, the company had only used telephoto lenses on previous models, but since its merger with OPPO, we’ve come to expect such a drastic approach to changes. It was recently rumoured that the company is planning to merge  OxygenOS and HydrogenOS custom ROMs into one known as H2OOS.

The OnePls 10 Ultra is also expected to bring a few other changes over the 10 Pro, one of which could be an internal MariSilicon NPU that will further improve the imaging capabilities of the phone’s camera. The 10 Ultra should arrive in the second half of the year, which is still a long way off. Therefore, we expect more details to emerge by then.

OnePlus Technology did patent this Design in September 2021. This Phone looks a lot like the OnePlus 10 Pro, but the Camera Layout is different. pic.twitter.com/cS3qyhk6rX

Separately, OnePlus phones started with the goal of delivering affordable flagships. However, sanity has been adrift for the past two years. But now it seems  brands want to go back to basics, probably in an effort to gain more users. According to the well-known tipster, Digital Chat Station OnePlus is reportedly working on a range of OnePlus smartphones that aim to deliver high performance and gaming-oriented, and these will come at an affordable price. Reports suggest that the phones in the series will cost between $315 and $475. But the prices will be higher in the global and Indian markets and probably won’t be as potent as other flagships.

We can therefore assume that these could be high-end mid-range offerings at best. Digital Chat Station says the phones in the series will have the basics of flagship chipsets and flat screens. However, details regarding the chipsets are unknown at this time. Also, we can assume that the phones might lose features like wireless charging, IP rating and others to reduce the price. We should know more details about the phones soon.