Qualcomm has begun using the 4nm technology for its flagship Snapdragon 8 Gen 1 chipset, and the firm is now planning to use it for future processors for wearable devices. 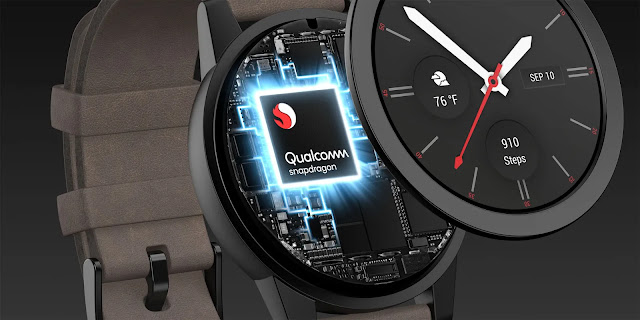 According to reports, Samsung Foundry will produce these new chips, but they will be utilised by other smartphone makers as well and will not be confined to Samsung smartphones.

It’s worth noting that Samsung is also using the new 4nm production node to create the Qualcomm Snapdragon 8 Gen 1 processor. If rumours are to be accepted, the packaging is the only variation between Wear 5100 and 5100+. The Snapdragon Wear 5100’s SoC and Power Management Integrated Circuits will be separated (PMIC).

The Snapdragon Wear 5100+, on the other hand, will feature a Molded Embedded Package (MEP), which means everything will be bundled together. It’s also supposed to contain ARM-developed technologies for heart rate and fall detection, as well as better haptics. Both variations are believed to include four Cortex-A53 cores clocked at 1.7GHz, as well as the Adreno 702 graphics processor clocked at 700MHz. They’ll be able to handle up to 4GB of LPDDR4X RAM and eMMC 5.1 storage.

Facebook Twitter LinkedIn In small green lines across my vision, a succession of pop-up directional indicators appear. I can tell which direction north is when…

Facebook Twitter LinkedIn The most recent invention is ready for prime time, and it will significantly alter how electronics appear and work. Extreme Ultraviolet (EUV)…

Facebook Twitter LinkedIn Samsung’s third-generation foldable phones, the Galaxy Z Fold 3 and Galaxy Z Flip 3 were announced in 2021. For quite some time,…