Today, Hall of Fame leaker Evan Blass shared additional pictures from Samsung’s forthcoming flagship Galaxy S22 series. The line is made up of the Galaxy S22, Galaxy S22+, and Galaxy S22 Ultra. As is customary, the top-of-the-line model is the most intriguing, and not only because of the specifications. The Galaxy S22 Ultra, with its squared-off corners, out-of-the-box inclusion of the S Pen, and enclosure for the latter, replace the Galaxy Note model, which went missing last year as Samsung focused on its core business. on its foldable Galaxy Z Fold 3 and Galaxy Z Flip 3. 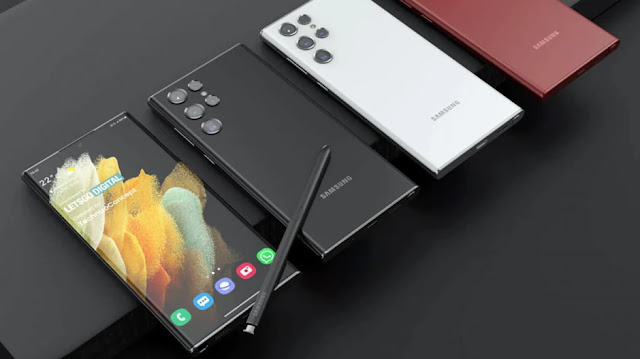 Blass claims to have uncovered some photographs that would be used to promote all three phones on Samsung’s Italian website. Starting with the Galaxy S22, the images promote the size of the phone (70.6 x 146 x 7.6mm), and the 6.1inch FHD+ Dynamic AMOLED display with a 120Hz refresh rate. Photos of the phone rear show that the principal camera will feature a 50MP sensor, a 12MP sensor is behind the Ultrawide camera, and the 10MP Telephoto sensor helps drive a Space Zoom capability of 30MP (and don’t forget the 10MP sensor driving the front-facing selfie snapper).

The Exynos 2200 chipset has its own website, and it’s worth noting that it mentions the 4nm manufacturing node that Samsung Foundry is using to produce the chipset. Buyers of the Galaxy S22 will receive the phone, a USB-C to USB-C connection, and a SIM tray key in the package. The battery will be charged at a rate of 25 watts, allowing it to charge from 0 to 100% in approximately 70 minutes, according to Sammy.

Blass reveals similar images for the Galaxy S22+, including a page showing off the phone’s 6.6-inch Dynamic AMOLED display with  FHD+ resolution and  120Hz refresh rate. This device measures 75.8 x 157 .4 x 7.6mm, making it bigger and wider than the Galaxy S22, and just as thick/thin. 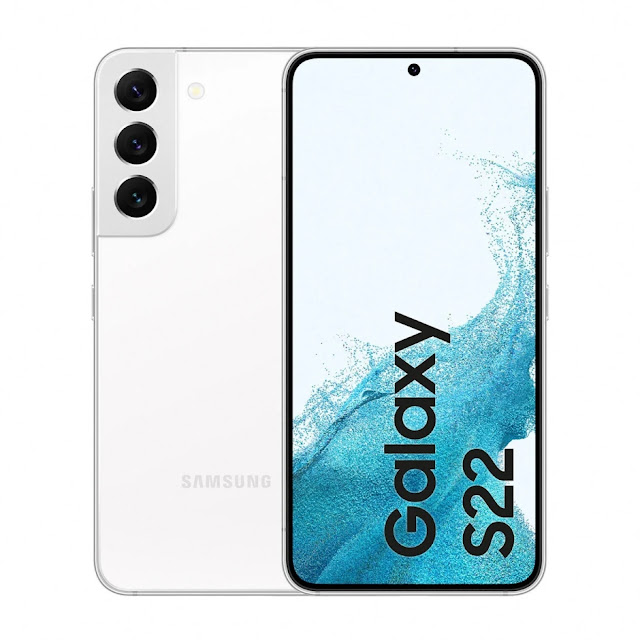 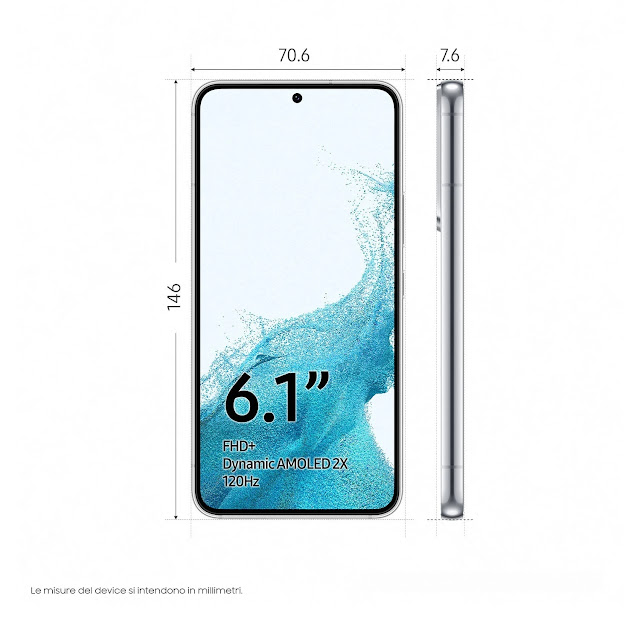 The camera specs are the same as you’ll find on the Galaxy S22. The battery will charge quickly at 45W and Samsung claims that it will take an hour to fully charge the phone’s battery from 0% to 100% and the Galaxy S22+ case will contain the phone, a USB to USBC cable and a SIM key.

There’s no need to mention the  Exynos 2200 4nm chipset as all three units will sport it (except those in the US, Canada and China where the Snapdragon 8 Gen 1 is under the hood). But we should note that Samsung calls the Exynos 2200 SoC the smartest processor ever in a Galaxy phone.

The 12MP camera used by the Ultrawide Camera and a pair of telephoto lenses in front of the 10MP camera sensors can produce a 100x Space Zoom image.

There is a 40MP sensor on the back of the central front selfie camera. The S Pen also receives a call, and the 45W fast-charging battery feature allows the Galaxy S22 Ultra to charge in 60 minutes. In the box, Galaxy S22 Ultra buyers get their phone, an S Pen, a USBC to USBC cable, and a SIM tray key.