OnePlus will unveil the new 10 Pro in approximately one week. On January 11, 2022, this high-end smartphone will be released in China. This will be the subject of a launch event, which will begin at 7:00 a.m. Dutch time. In recent years, much has been learned about the design and specifications. The OnePlus 10 Pro will be a big, speedy phone with a new camera design and a massive battery with better-charging choices. 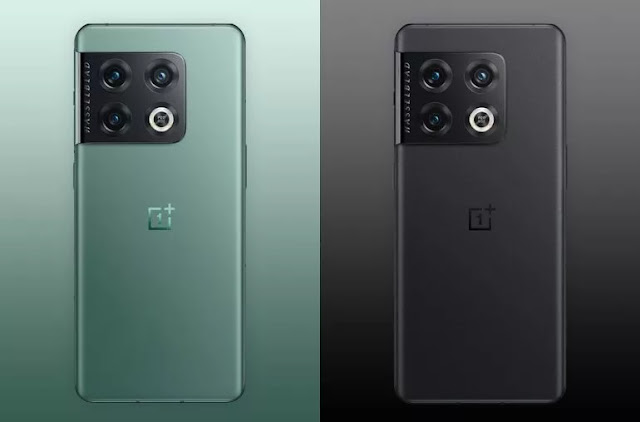 OnePlus has published press material in the form of official photographs and a teaser film, displaying the new top model, on its website and social media platforms in the lead up to the formal unveiling. The hues are also well-known at this point. The OnePlus 10 comes in a variety of colours, including ‘Volcanic Black.’ 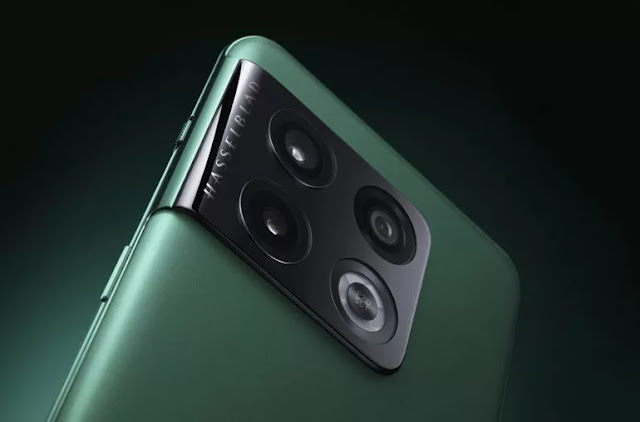 According to OnePlus’ website, the Emerald Forest colour scheme “captures the early morning sun and converts dew into sparkling crystals that float in the air.” Angled microcrystals recreate the interaction of light and shadow, inspiring stillness and tranquillity, echoing the passage of time.” 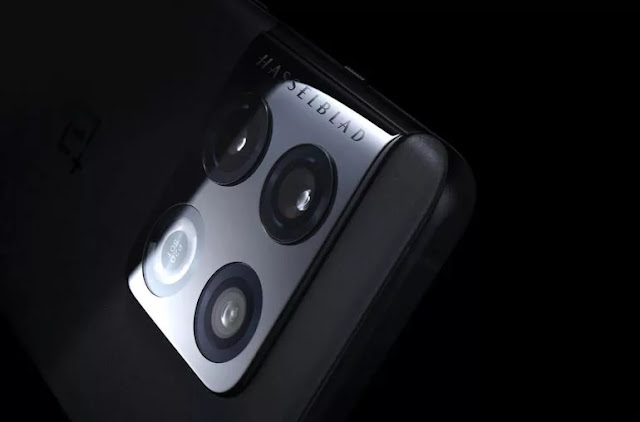 “Inspired by an infinite sea of sand dunes under a moonlight sky, distinctive micro-crystals imitate dazzling grains of sand in a surreal environment,” OnePlus claims of the dark Volcanic Black version. The black surface’s purity creates a yearning to investigate the deep and gloomy quiet.”

So instead of sandstone,’ microcrystals’ that appear like ‘glistening grains of sand’ were utilised for the back. The camera island is composed of ceramic rather than metal. According to OnePlus, this material is 13 times stronger than glass. 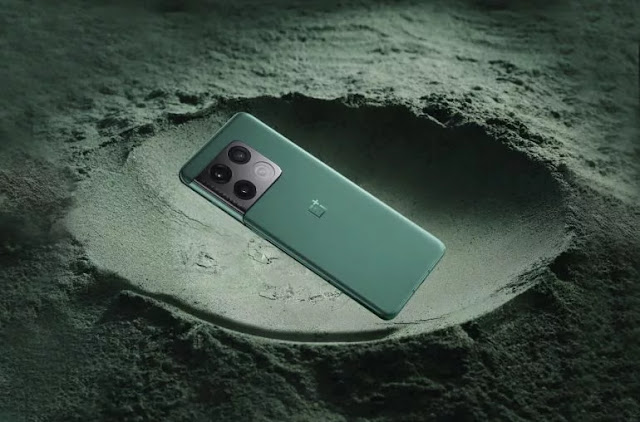 “Mirrored ceramics and frosted glass give a smooth visual flow,” the company says. The Hasselblad emblem, etched in the curving ceramic border, combines light and shadow to make an emotive statement without saying anything.” 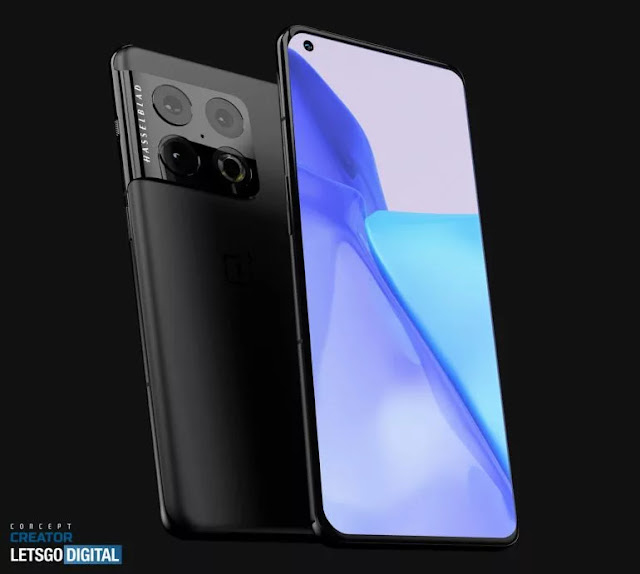 OnePlus isn’t the only company that appreciates the value of green. Next month, a green Samsung Galaxy S22 and a green Samsung Galaxy S22 Ultra are expected. The Xiaomi 12 Pro, which was just released, is also available in green. In 2022, we anticipate seeing more of this trending hue. The same may be said with the matte finish. The gadget will feel less smooth as a result of this, and frosted glass is less susceptible to fingerprints than glossy glass.

Its OnePlus 10 Pro is said to include a 6.7-inch AMOLED display with a 120Hz refresh rate. For the selfie camera, a punch hole is built. This is a 32-megapixel image sensor that is situated in the upper left corner. When compared to its predecessor’s 16MP selfie camera, this is a significant improvement. 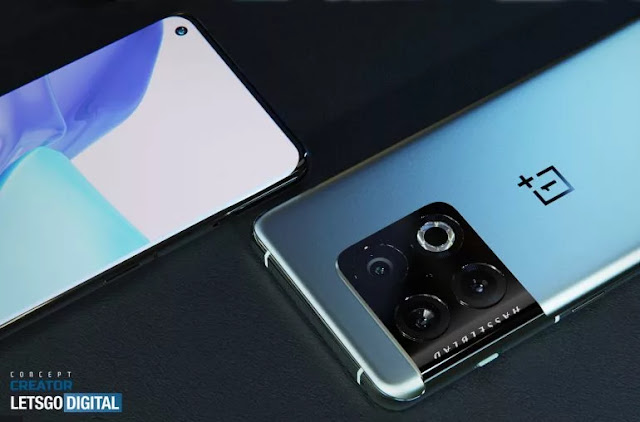 On the rear, there is a triple camera, which is arranged in a square layout with a flash. This camera’s arrangement looks to be the same as before. A 48MP primary camera, a 50MP ultra-wide-angle camera, and an 8MP telephoto camera with 3x optical zoom and 30x digital zoom make up the camera system. Videos may be recorded at an ultra-high resolution of 8K at 30 frames per second. 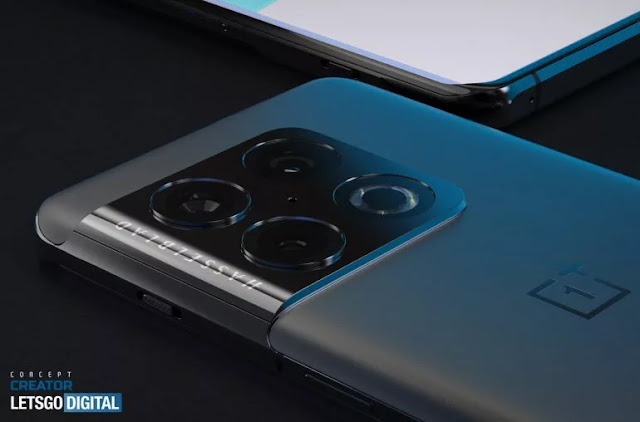 The chipset is still a source of considerable scepticism. OnePlus’ top models are usually equipped with a Qualcomm SoC. As a result, many people believe that the OnePlus 10 Pro will be equipped with the latest Snapdragon 8 Gen 1 processor. There are indications, however, that the Chinese company will use the Dimensity 9000 SoC from Taiwanese firm MediaTek this time. This CPU is less expensive and offers slightly less power than its Snapdragon equivalent. Nonetheless, this SoC provides excellent performance. 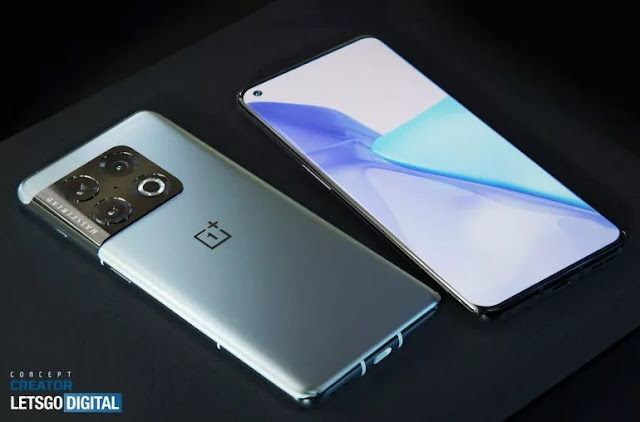 The next OnePlus smartphone is rumoured to come in two memory options. As usual, 8GB/128GB RAM will be included. A more sophisticated version with 12GB/256GB RAM is also anticipated.

Eventually, the new OnePlus 10 Pro will be equipped with a strong battery. The next top model is rumoured to include a 5,000 mAh battery with 80W wired charging and 50W wireless charging capability. The OnePlus 9 Pro supports 67W Warp Charge technology, which would be a big step ahead.

Post Views: 205
See also  OnePlus smartphone is working on one large and powerful camera on the back.
No tags for this post.

Facebook Twitter LinkedIn In the first quarter of next year, the OnePlus 10 series will be introduced. Following earlier leaks, OnLeaks revealed the OnePlus 10…

Facebook Twitter LinkedIn OnePlus has officially confirmed its next-generation Nord device OnePlus Nord 2 5G. The company also announced that this phone will be equipped with the flagship Dimensity 1200AI processor. Yes, it is officially called a brand. The company stated that it worked closely with…

Facebook Twitter LinkedIn The official stated at the beginning of the event that OnePlus global shipments increased 257% year over year, with 124% in China,…

Facebook Twitter LinkedIn  OnePlus 10 Pro will be released in the first few months of 2022, according to OnePlus. While you wait for the smartphone…

Facebook Twitter LinkedIn We have a preview of what the OnePlus 10T, the next model in the “flagship killer” range, will offer thanks to a…