Samsung revealed today in a webinar sponsored by TECNO Mobile that it is developing its first ISOCELL camera with an RGBW colour filter design. Its new camera sensor is known as ISOCELL GWB, and it boasts a resolution of 64 MP rather than 50 MP, contrary to prior rumours. 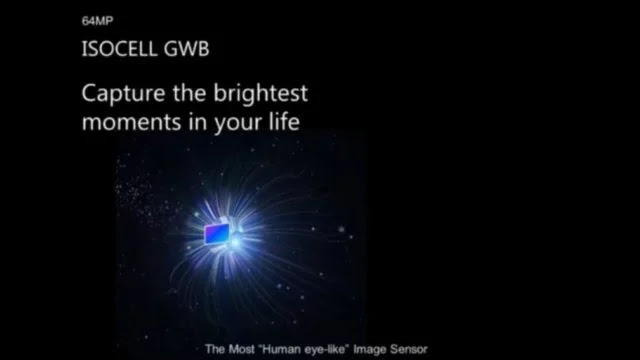 Samsung ISOCELL GWB was launched by Samsung Electronics China’s vice president and director of R&D, who described it as “the image sensor closest to the human eye.” The sensor’s sensitivity to light is improved by including a white pixel in the RGB colour filter model. Even in low-light situations, this clever sub-pixel layout allows for brighter photographs and higher colour fidelity while shooting shots.

It’s possible that the ISOCELL GWB will appear on a TECNO Mobile phone.

Samsung developed the ISOCELL GWB sensor in collaboration with Chinese smartphone manufacturer TECNO Mobile. This partnership indicates that  ISOCELL GWB will debut on an upcoming TECNO smartphone next year. However, it might not remain exclusive to the aforementioned Chinese brand, and other Samsung customers could benefit from this technological leap very soon.

Either way, the ISOCELL GWB doesn’t match the preliminary  Galaxy S22 series camera setup descriptions, so it won’t make its Galaxy Unpacked debut in February. The standard and S22 Plus models are expected to have 50MP primary sensors, while the Galaxy S22 Ultra is reportedly using a 108MP primary shooter. There’s a chance the ISOCELL GWB isn’t the only RGBW sensor Samsung has worked on, and maybe a 50MP RGBW solution could even arrive next year if the rumours are correct soon. Either way, we can be sure that the 64MP ISOCELL GWB won’t be the last RGBW sensor to come out of Samsung’s RandD Labs, even though it will apparently be the first to hit the market next year.

Facebook Twitter LinkedIn  In select regions, including Germany, India, Poland, South Korea, the United Kingdom, and the United States, Samsung has released the Android 12-based…

Facebook Twitter LinkedIn Material you is the brand new layout language that google has delivered with android 12. The organization in the back of android…

Facebook Twitter LinkedIn Samsung is lining up for the debut of the Galaxy Tab A8 10.5 tablet, which will be available early next year. The…

Facebook Twitter LinkedIn Samsung Electronics has released a new update for the Galaxy Watch4 and Galaxy Watch4 Classic, demonstrating its dedication to assisting customers in…