Samsung has perfected the foldable phone. Some Chinese companies have now announced one or more foldable smartphone models, including the Oppo Find N and Huawei P50 Pocket, which were just announced. The Xiaomi Mi Mix Fold and the Huawei Mate X2 were also introduced earlier this year. Despite this, for the time being, the Samsung Galaxy Z Fold 3 and Galaxy Z Flip 3 are the only foldable phones available globally. However, in 2022, it is projected that this will alter. 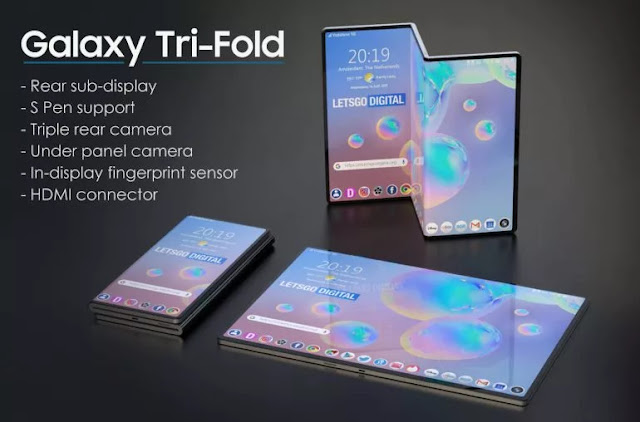 That course, Samsung isn’t about to give up its lead in the foldable market just yet. New folding variants are being developed by the South Korean firm on a regular basis. This isn’t just about the Galaxy Z Fold 4 and Galaxy Z Flip 4; it’s about all of them. Samsung is also working on a Galaxy Z Slide rollable smartphone, which is already well known.

In addition, the business is working on a tri-fold smartphone, which is a two-fold phone with three display sections and two hinges. According to a comprehensive patent granted to Samsung Electronics, this concept is now seriously taking shape.

Smartphone with a second display on the back that can be folded in half.

Samsung Electronics submitted an extended patent for an “Electronic device” with the WIPO (World Intellectual Property Organisation) in mid-June 2021. Yesterday, December 23, 2021, the 42-page document was made public. This is a foldable smartphone with three display sections. It is possible to fold the phone into a Z-shape. In other words, one display component is folded backwards, while the other is folded forward. Two types of hinges are utilised to do this: an in-fold and an out-fold hinge. 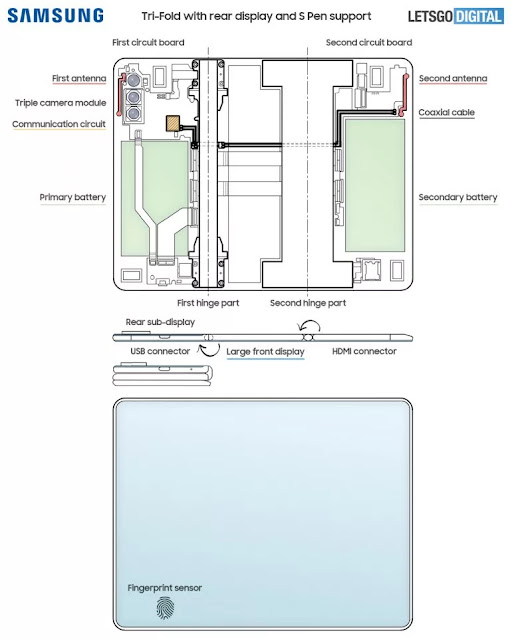 The user has a big tablet-sized display at his disposal in the unfolded position, allowing him to work more effectively. When folded, the gadget has the same proportions (WxH) as a standard phone; however, the phone is substantially thicker and heavier due to the three display pieces stacked on top of each other.

It is not essential to construct a separate front display due to the Z form factor. In folded mode, the phone may be folded such that the first display section of the flexible screen becomes the front screen. 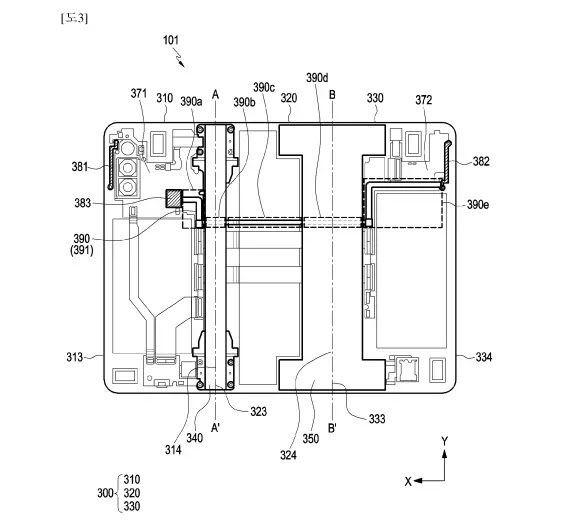 Samsung Display, the company’s display division, unveiled a prototype of a Galaxy S-Foldable with a double hinge that allows it to be folded inside and outwards in May of this year. Three months later, Samsung Display unveiled the identical prototype, but this time it was functional. Although the patented design is extremely similar to this gadget, there are a few key variances.

Also, it’s worth mentioning that the fingerprint scanner is hidden behind the display. This is noteworthy in light of the fact that no foldable smartphones with an in-display fingerprint sensor have yet been released. This is on the side of the device, built into the power button in modern generations. 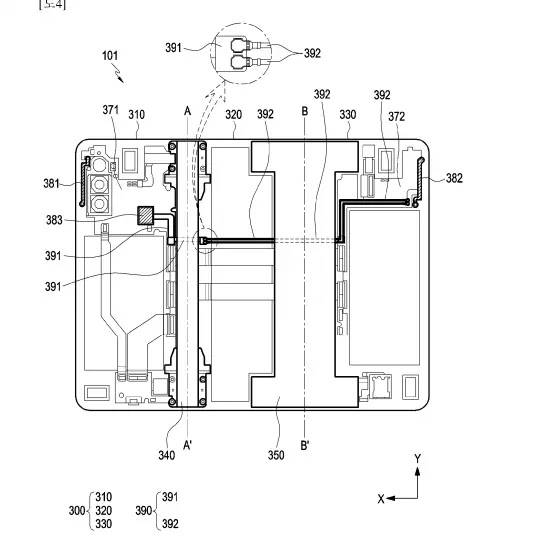 This Samsung Galaxy tri-fold smartphone will also be compatible with a stylus pen, according to the thorough instructions. The Galaxy Z Fold 3 – the world’s first folding phone that can be used with the specially created S Pen – is no exception. A keyboard, mouse, and/or external microphone will also be able to be connected. 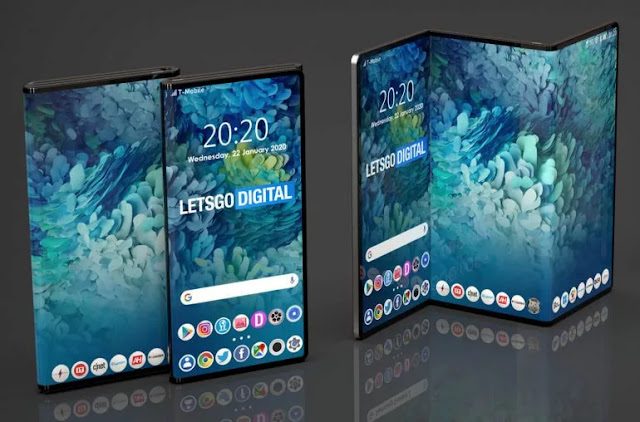 Samsung will also include a slew of additional connectors with the gadget. According to the patent description, in addition to a USB-C port, an HDMI port, an audio connector, and an SD card slot are also included. Of course, this increases the device’s adaptability. The gadget may also be connected to a TV, projector, or monitor using the HDMI connector. Two batteries are included to offer enough power to the foldable smartphone, as we already know from the present Galaxy Z smartphones.

Facebook Twitter LinkedIn Samsung It seems that no one is trying to keep the secret of Samsung’s upcoming foldable phone. Samsung itself mentioned Galaxy Z…