Pixel 5a mid-range phone will be released in August; Pixel 6 and Pixel 6 are expected to be available in October, and a recent leak revealed all the key features. Now, a real-time snapshot of the Pixel 6 Pro has appeared on the Internet, showing its front and back design. 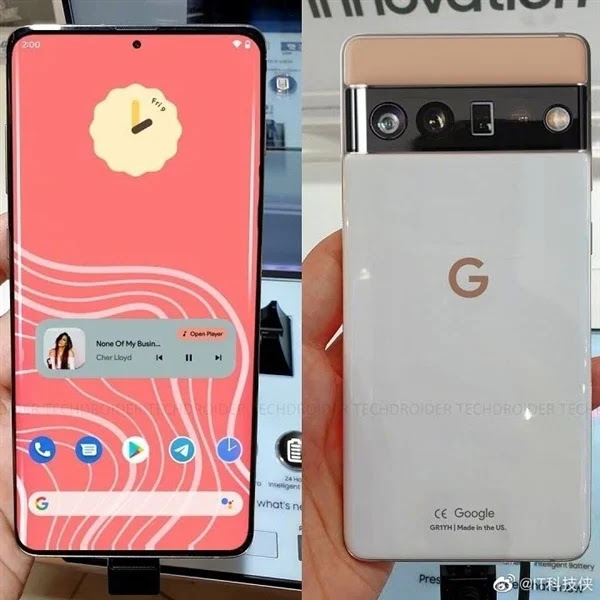 The picture shows the perforated screen of the Pixel 6 Pro with curved edges. The front of this phone looks very attractive because of its ultra-thin bezel. The lack of a physical fingerprint scanner indicates that the device may have an in-display fingerprint sensor. The back of the Pixel 6 Pro is two-colour, with a horizontal camera bar, which seems to be equipped with a triple camera and LED flash.

The existence of a rectangular camera indicates that it is equipped with a periscope zoom lens. Real-time photos Google Pixel 6 Pro real-time snapshot Pixel 6 Pro model “GR1YH” is located at the bottom of the back of the phone. Previous reports showed that this model belongs to the upcoming Google Pixel phone code-named Raven, and it is expected to launch the Pixel 6 Pro. Although the device shown in the real-time image looks like a CAD rendering of the Pixel 6 Pro released in May.