The Samsung Galaxy S22 series of phones will be formally introduced on February 9, however, its official PPT has unexpectedly leaked ahead of time, nearly removing the mystery around this incoming new smartphone. 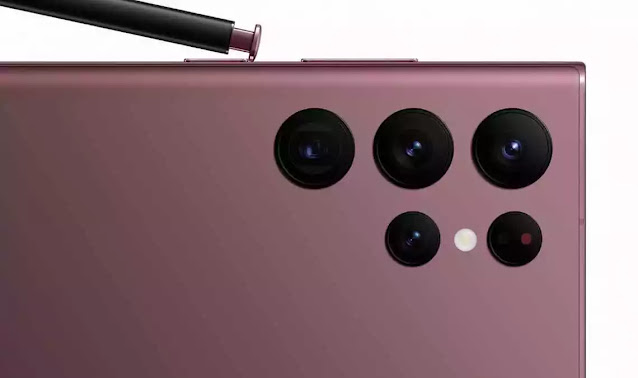 In addition to hardware specs in line with previous rumours, the PPT also reveals several new additions to the S22 series, including a new “SuperResolution Algorithm” feature in terms of photography. According to the PPT, thanks to the new generation of SOC in the performance of the ISP, the upcoming S22 series can use the native 50MP / 108MP mode of the main camera and the synthesis of the 12MP mode combined with the details of the first and the brightness information of the second, so that the final film has a sharper performance. 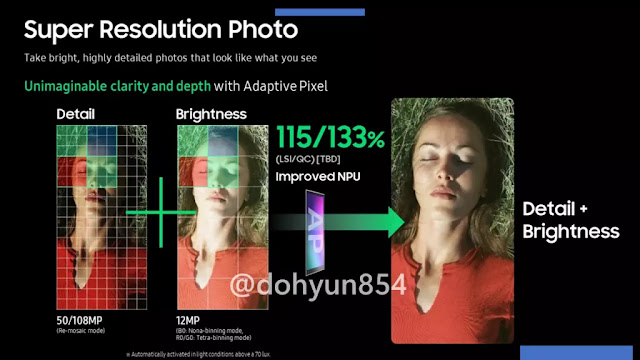 Although the 108MP main camera exists in the Galaxy S20 series, it previously only supported pixel digest mode and native mode for separate imaging and this is the first time two modes of the same main camera are used to enhance the final image. This time  Samsung Galaxy S22 series, although the rear camera hardware changes little, with the support of the new algorithm, may also be worth the wait. This time, Samsung also added a new AI resolution function, which can invert AI to improve the clarity of  108MP mode, and combined with 12MP mode to improve the brightness performance of this model. 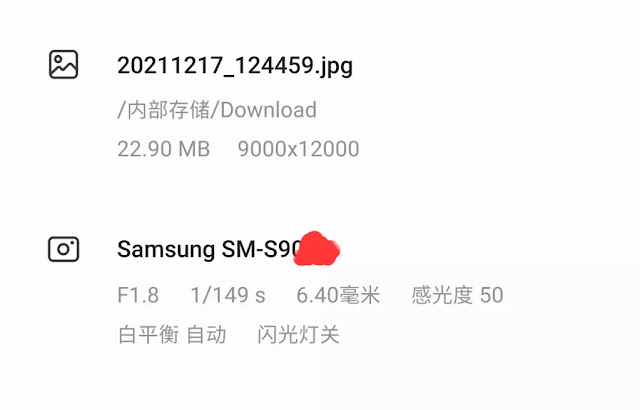 The upgraded mode’s 108-megapixel photo volume is higher, growing from 22.9MB to 32.27MB, and needs up to 2 seconds of background processing time while capturing images, according to Ice Universe. However, the final photographic details and post-production space are well worth the wait. 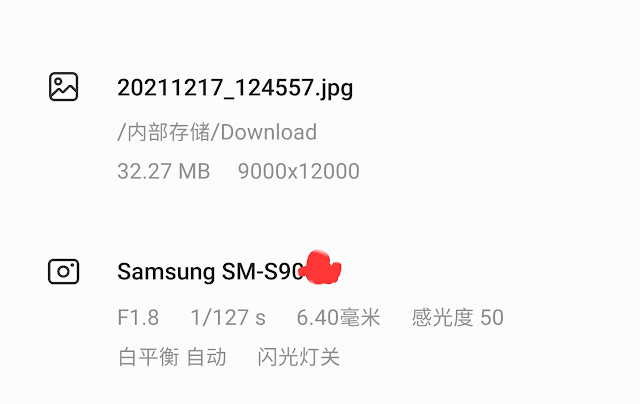 ★For optimal detail and brightness, use the new Adaptive Pixel.

★For focussing on fast-moving objects, AI Scene Understanding is used.

★For a more detailed expression of the skin and brows, AI can be used.

★For better segmentation, use an AI Stereo Depth Map.

★Optimization of performance for long-term use

A few months ago, Samsung announced the ISOCELL HP1, the world’s first 200MP smartphone camera sensor. It was previously reported that the Galaxy S22 Ultra will come with a 200MP…

This week, Samsung officially unveiled the Galaxy S21 FE. Meanwhile, Galaxy aficionados are anticipating the launch of Samsung’s new Galaxy S22 series next month. In recent years, a lot has…