Motorola, along with Samsung, Xiaomi, and Huawei, is working on a smartphone that is entirely made of the display surface. LetsGoDigital reported last week on a new camera user interface for upcoming Motorola RAZR flip phones. The business appears to be working on additional breakthrough smartphone technologies. This time, the business has asked for a patent for a smartphone with a wrap-around display, which has a screen on all four sides. It’s not the first time we’ve heard of a smartphone with a display that wraps entirely around the body. 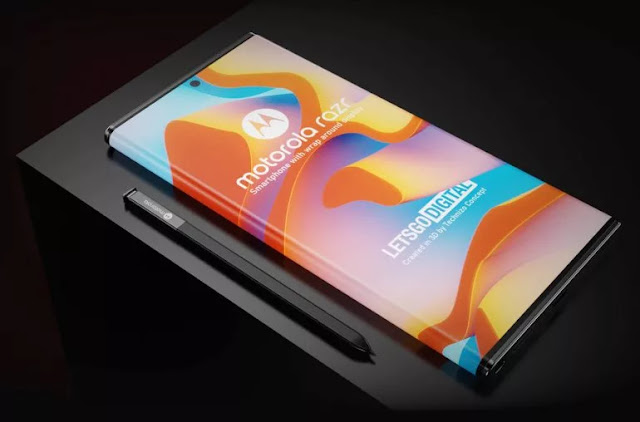 In 2019, Xiaomi released the Mi Mix Alpha, which included a “Surround Display.” Following that, the business filed multiple patents for smartphone models that were comparable. Last year, LG appeared to be working on a phone with a flexible wrap-around screen. Samsung, Huawei, Honor, and Oppo are also well-known brands.

Motorola phone with a screen that is totally made of glass

These are two patents. It started in June 2020, when Motorola Mobility LLC filed a patent with the United States Patent and Trademark Office (USPTO) for a  preformed tape “tension unit on at least two sides of the casing of an electronic apparatus and related methods and apparatus. The documentation was approved and released on December 23, 2021, and details the process of making a smartphone whose case is completely wrapped in a flexible display. 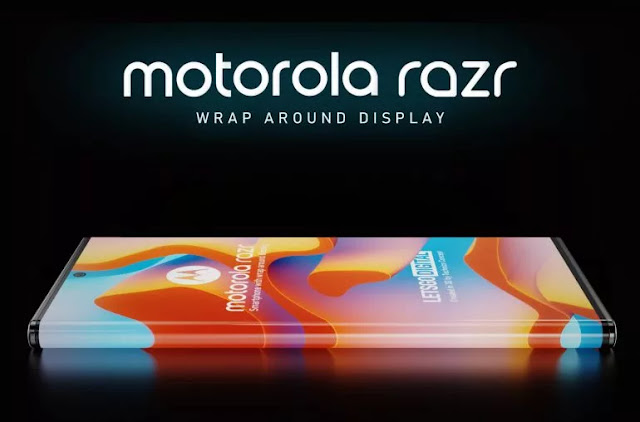 In August of this year, the company unveiled additional documentation relating to the same device. Various new options for the user are described under the heading “Methods and systems for modifying the layouts of virtual buttons presented on one or more screens of an electronic device”. This patent was also issued on December 23, 2021 Motorola also filed the same documentation in Germany with the DPMA (German Patent and Trademark Office). and  WIPO (World Intellectual Property Office), for the worldwide protection of patent technology. 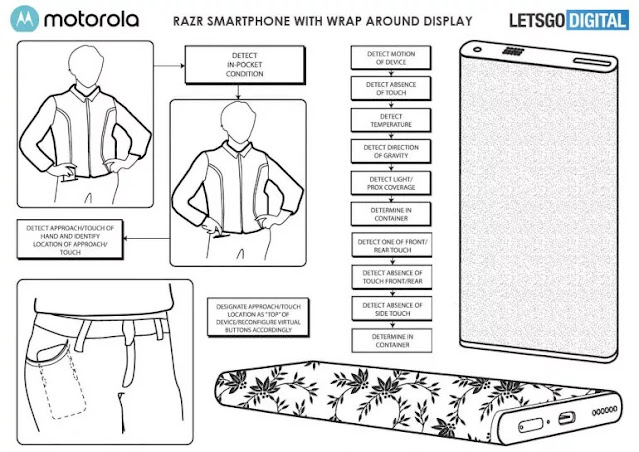 Of course, a smartphone made completely of the display surface is quite appealing to the eye. However, many people will quickly consider the drawbacks: all that glass will break more faster. While such phones will be far more expensive than traditional phone versions. This, of course, also applies to the expenses of repairing such a flexible screen. As a result, the question arises: what additional value can such a gadget provide. 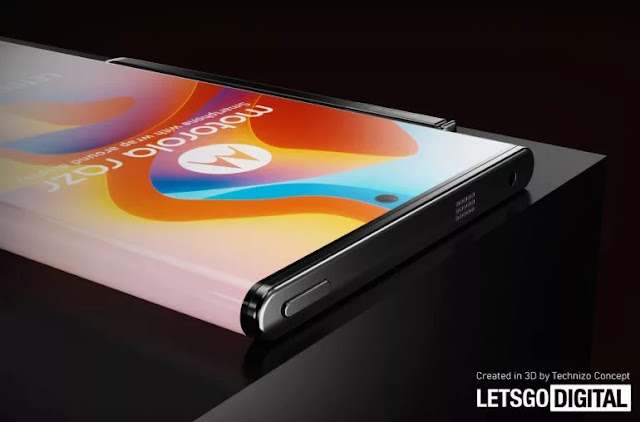 Motorola has developed a number of features to expand the capabilities of this one-of-a-kind display gadget. We’re not talking about the stylus’s capabilities. This mostly applies to times when you have the gadget in your pocket or handbag. 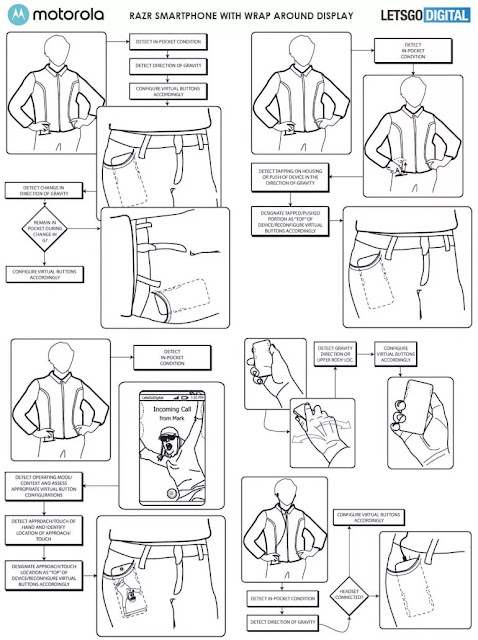 Since all sides have a viewing surface, it doesn’t matter how you take the phone out of your pocket. The sensors detect how the phone came out of the pocket, after which the interface is automatically adjusted. Not only is the interface adapted, but it also modifies the position of the virtual buttons according to the holding of the device. Thus, you no longer need to turn the smartphone in your hand. If you want to react quickly, you don’t even have to take the device out of your pocket – by touching the device, the virtual buttons are automatically placed at the end of the device. Useful if you are just talking to someone and receiving an incoming call. You can decline it without having to take your phone out of your pocket. 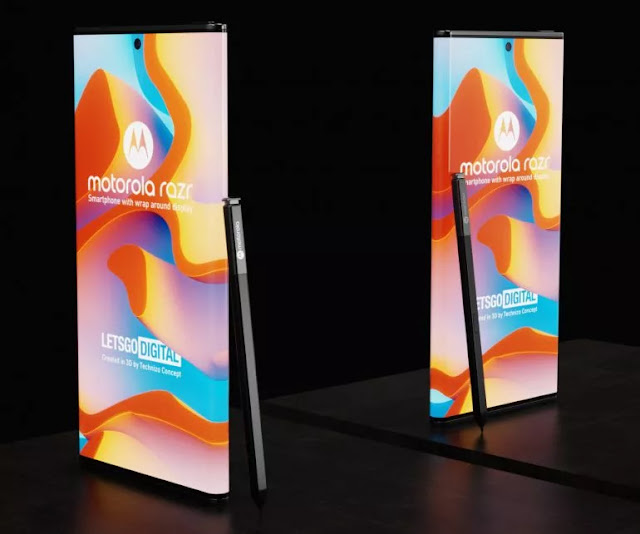 Motorola was also the first company to create a flexible-screen flip phone. The Motorola RAZR clamshell first appeared in 2019. The Motorola RAZR 3, featuring a more powerful chipset, a new design, and a new interface, is planned for 2022. We may see various sorts of foldable phones from the firm in the future. Consider a phone that folds out like a book, like the Samsung Galaxy Z Fold 3. 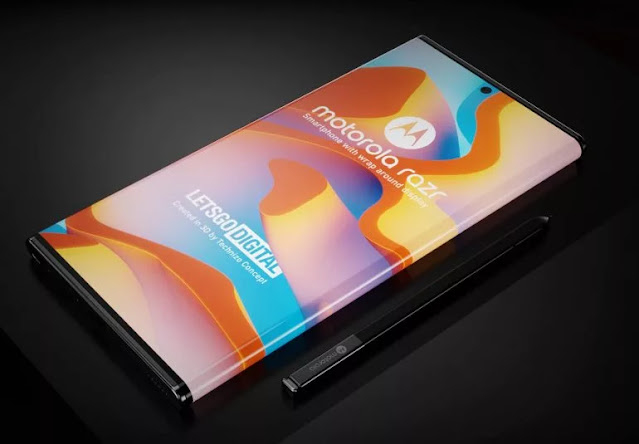 Lenovo, the company’s parent, has prior expertise with huge flexible panels. For example, in early 2020, Lenovo will release the ThinkPad X1 Fold, the world’s first folding laptop with a flexible screen.

release to next month the Motorola Edge 20 smartphone series. The Pro model has a 5-way camera and a fingerprint sensor under the display. It consists of three models. Earlier…

Renders of Motorola’s next Frontier Android flagship phone with its massive camera housing an estimated 200MP camera sensor have been leaked. Now, Evan Blass takes a closer look at the…

Need a smartphone with a 144Hz OLED show, top-notch sound system speakers, double 50MP cameras, for the most part, clean Android? Motorola’s Edge 30 Pro marks those cases, however, the…

Due to that unexplained event, Motorola’s planned launch from last Tuesday had to be temporarily postponed. Motorola made the revised release timing public this morning, the official said: “We tried…

In international markets, Motorola is expected to release a new flagship smartphone. The Moto X30 was revealed in China last year, and it will be released in other markets under…