Samsung’s Galaxy S22 series is slated for early 2022. With a smaller screen, faster processor and better camera, but no Olympus lenses. After Samsung released three Galaxy S21 smartphone models earlier this year, a fourth model is expected later. year, the Galaxy S21 FE (Fan Edition). Almost all the details of this device are now known, so let’s look forward to the start of 2022. 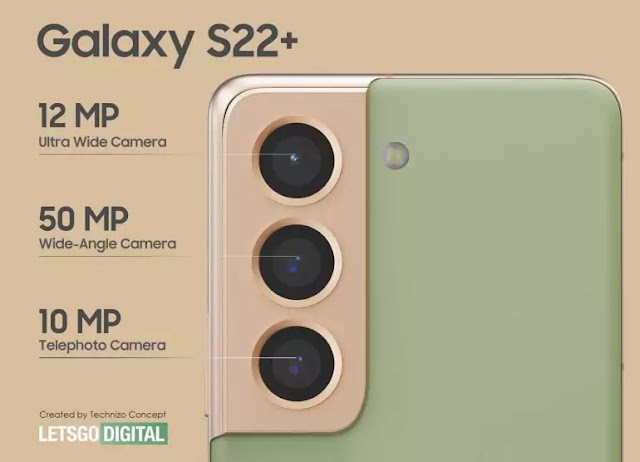 So the Samsung Galaxy S22 series is on the way. Again, three models are planned, in addition to a base model, an S22 Plus and an S22 Ultra are in the pipeline. In this post, we are limiting ourselves to the new Plus model, which will have many similarities to the base model in terms of specifications. A new Galaxy Note is not expected this year. Instead, Samsung has released the Galaxy Z Fold 3 and Galaxy Z Flip 3 foldable smartphones. The S22 series will be the next high-end smartphone series that Samsung will announce.Presumably there will be another choice for a January release. Samsung Galaxy S22 The Samsung Galaxy S22 + with the new Samsung triple camera seems to bring several innovations to the new Sseries 2022 range. Based on all the information available to date, the graphic designer Technizo Concept, in collaboration with LetsGoDigital, has designed a series of renderings of the Galaxy S22 Plus, as well as the video below, to get a first impression of the possible new design presented in a series of fresh spring colors. camera system. However, at the moment it is unclear how the design of the camera will be designed. With the S21 series, the South Korean manufacturer has chosen to optically extend the camera island on the side and top of the device. 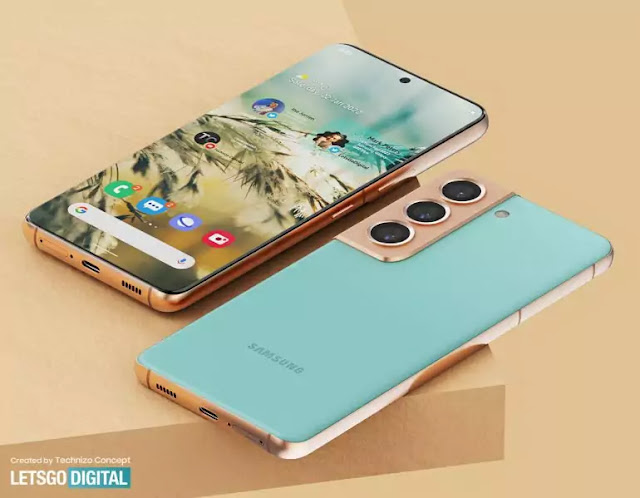 The renderings designed by Technizo I concepts are inspired by the S21 +. The cameras were designed this time slightly larger and the setup was changed as well.It is expected that the main camera and the telephoto zoom camera will be changed. The 12-megapixel wide-angle camera will most likely be replaced by the recently announced ISOCELL GN5. This is a 50MP camera sensor with super-fast autofocus. This 1 / 1.57 inch image sensor with 1.0 µm pixels will undoubtedly offer better image quality than the 12 MP wide-angle camera found in the current Plus model. . The 12 megapixels will be kept. Additionally, Samsung is expected to equip the S22 and S22 Plus with a new telephoto camera. This is probably the same 3x optical zoom camera that is also found in the S21 Ultra.

This is a 10MP image sensor.Although this image sensor has a lower resolution than the 64MP zoom camera used in the S21 +, this lens will offer enhanced zoom capabilities. The current model offers 3x hybrid zoom and 30x digital zoom. The new image sensor will support 3x optical zoom, with no loss of image quality. Of course, Samsung will also pay attention to video functions. Current S-series models allow you to record 4K video at 60 fps. It is also possible to shoot in 8K at 24 fps. Features like Director View, Single Take, and 8K Video Snap will likely be found in the new model as well. Maybe there will also be a new function to adjust the focus in your videos later, as is also possible with the new iPhone 13 smartphones. Last year, Samsung replaced the Live Focus video function. by Portrait mode. However, this function cannot be used later, only during recording.Samsung S22 Plus Olympus Camera Denies Collaboration Rumors With Samsung Earlier this year, it was speculated that Samsung had entered into a partnership with Olympus. 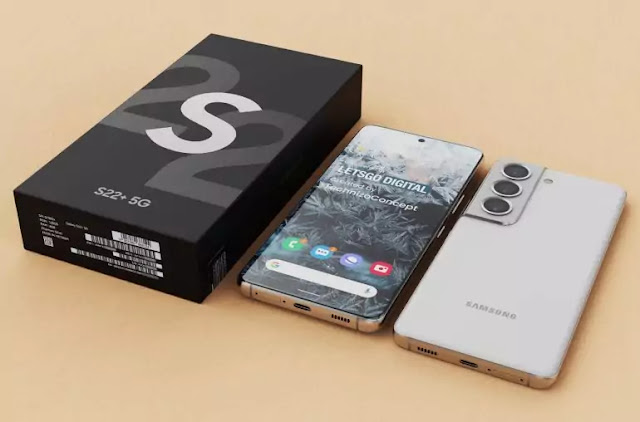 We could see the first results with the Galaxy S22. The story seemed believable, in part because several smartphone makers have now entered into partnerships with a major camera brand. Think, for example, OnePlus and Hasselblad. Meanwhile, LetsGoDigital contacted Olympus / OM Digital Solutions GmbH. Japanese cameras told us that there is no collaboration between Olympus and Samsung, it is not clear to us if there have been any discussions about a possible collaboration in the past. In any case, the Samsung S22 series camera system will not be designed in conjunction with Olympus.The confusion may have arisen because Samsung’s Exynos 2200 chip was designed with the codename “Olympus”. The two names therefore appeared several times next to each other. Additionally, OM Digital openly said earlier this year that it will partner with non-camera manufacturers, details on that are still unknown. However, this is not always a collaboration with Samsung.Samsung S22 PlusDisplay and design On the screen side, the Plus models of the Galaxy S series are traditionally equipped with a larger screen than the base model.

The Galaxy S22 + would be equipped with a 6.55-inch screen. As for the materials chosen, the S21 has a glass back panel, while the Plus model has a glass back. Glass is a plastic that looks like glass. A glass back is cheaper to make, but it is also stronger than glass. While you might of course wonder if a smartphone worth over $ 1,000 should have a plastic back, in practice the material is nicer and stronger than you would expect on paper. . It is also less sensitive to fingerprints. Before the S21 came with a glass back panel, Samsung was already applying the same type of material to the Note 20 and S20 FE.

Over the coming year, Samsung looks set to continue down this path, providing not only the base model, but the Galaxy S22 + with a Glasstic casing and metal frame as well.The possible advantage is that the selling price is also adjusted downwards. The S21 Plus came on the market for up to € 200 more than the base model, a considerable sum considering the small differences between the two models. S Series 2022 No under-screen camera for Sseries in 2022 The Galaxy Z Fold 3 launched last month is Samsung’s first smartphone with an under-screen camera. This contains a 4MP image sensor, which in terms of image quality is inferior to the punch-hole cameras that we have become accustomed to with Android smartphones in recent years.

Fortunately, the Z Fold 3 has an additional selfie camera, so you don’t necessarily have to. Use it. the under-screen camera for taking selfies. Meanwhile, this new camera technology will be further developed. However, the underwhelming picture quality seems to be a reason for Samsung to refrain from treating the under-display selfie camera with the series. S22. Instead, an InfinityO display will most likely be used again, with a 10-megapixel punch-hole camera.This image sensor has been used for a while for the tester models, such as Galaxy S10, S20 and S21.Each year, Samsung uses two different chipsets for its series models, depending on the region. The Samsung Galaxy S22 series is believed to be powered by the Qualcomm Snapdragon 895/898 and the Samsung Exynos 2200. A lot is expected from the Exynos chip, as Samsung will be using an AMD Mobile Radeon GPU with RDNA2 technology for the first time. This chip will also support variable speed ray tracing and shading technologies already used in gaming PCs and game consoles such as the Sony PS5 and Xbox X series. According to the most recent information, Samsung will use the Exynos 2200 SoC in fewer devices than initially expected.

The persistent shortage of chips is said to be the reason. However, European models appear to be equipped with the Exynos 2200. In many other markets, including the United States, the Qualcomm counterpart will be used. Of course, Samsung’s new flagship models will also support 5G mobile internet. Samsung will also need to make some model number changes this year.S21 smartphones have the following model numbers: SMG991x (S21), SMG996x (S21 +) and SMG998x (S21 Ultra). Now that we have come to the end of the 900 series, it was immediately thought that the model numbers for the SMG1000x series would be chosen this year.