Intel’s ARC Alcehmist series graphics card has recently been leaked in photos. This reveals some details about the upcoming high-end and entry-level graphics cards. Moore’s Law is Dead, which has previously revealed other critical data regarding future Team Blue GPUs, provided the clip.

We can see what look to be live photos of the new ARC Alchemist GPU series in the YouTube video (especially the top-end model). Moore’s Law is Dead, for example, published graphics card renderings in October. Now the live graphics show that the GPU’s architecture conforms to the renderings we discussed before. 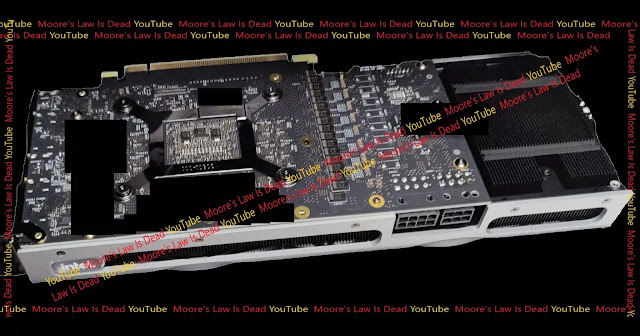 The finished design of the high-end ARC Alchemist GPU case can be seen in these pictures. MLID also said that the GPU may have up to 32 Xe cores while also sharing renderings with the future entry-level Alchemist GPU, which has 8 Xe cores. We can see from the high-end option that the GPU has a dual-fan architecture, which is identical to the renderings we related to the ways. Two Intel-branded 9-blade fans are included in the enclosure, which has a silver colour scheme. The power connections have been relocated to the board’s side, and the 8 + 6 pin design with a maximum power consumption of 300W is used.

Intel’s entry-level GPU, on the other hand, will have a single fan and a housing with a similar silver colour scheme. It has a small design with a dual-slot form factor and is expected to have a single 6-pin interface. This card will compete with Nvidia’s less expensive GTX 16 series at the entry level. The cost of these low-end cards have also increased because to supply shortages and scalping. As a result, in the current market, the chipmaker has a wonderful chance. To do that, we’ll have to wait for an official launch.
See also  The world fastest mobile processor was announced by Intel at CES 2022