The latest 91Mobiles leak has just been fully revealed showing the various angles of this unreleased smartwatch, without any room for imagination. Galaxy Watch4 Active confirmed that Samsung named it “Galaxy Watch4 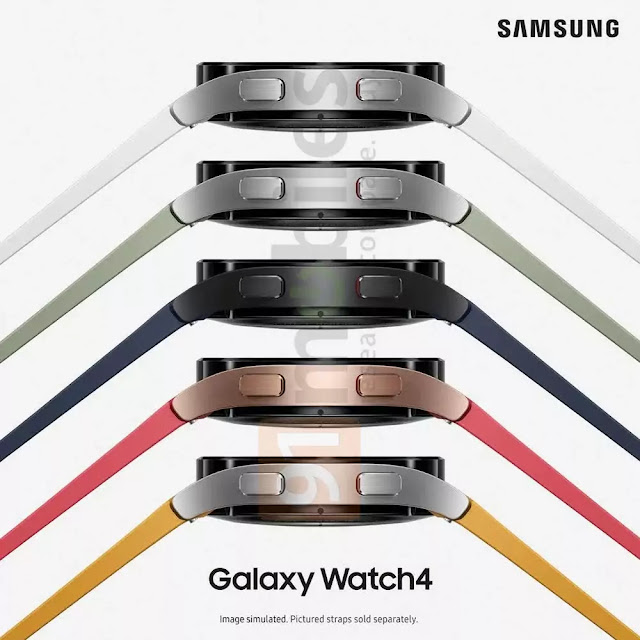 Samsung Galaxy Watch4 leaked official renderings. The rendering also shows more Watch4 specifications. Text will appear on the back of the case, indicating that Watch4 is turned on. The dimensions are 40 mm and 44 mm. In addition, 5 ATM water resistance, MILSTD 810G compliant, GPS and Gorilla Glass DX+ protection stand out. The design of Watch4 seems to be different from Watch3, its rotating bezel and overall thickness.

With a slimmer appearance and curved lines, the new Watch4 seems to adopt the design language of the Galaxy Watch2 Active.The side of the case fits the shape of the wrist and the buckle of the bracelet, just like the Watch Active2. With two physical buttons on the right, the watch can still have a touch-sensitive bezel like Active2. A variety of bracelet colors, including white, green, black, red and yellow, with silver, black or bronze mysterious cases. 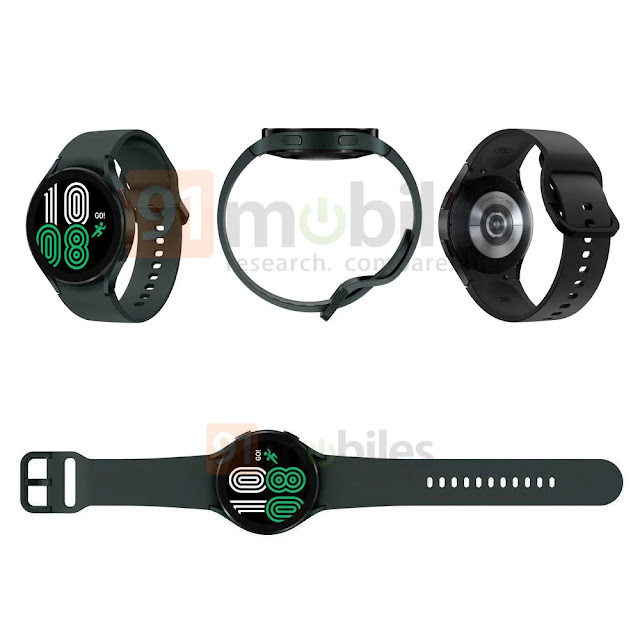