Samsung’s third-generation foldable phones, the Galaxy Z Fold 3 and Galaxy Z Flip 3 were announced in 2021. For quite some time, the South Korean firm has been working on wholly new ideas in the background. Consider a sliding smartphone with a retractable display. A double-folding phone with two hinges and three display components is also being developed by the business Last year, Samsung Display unveiled a prototype of both sorts of phones. 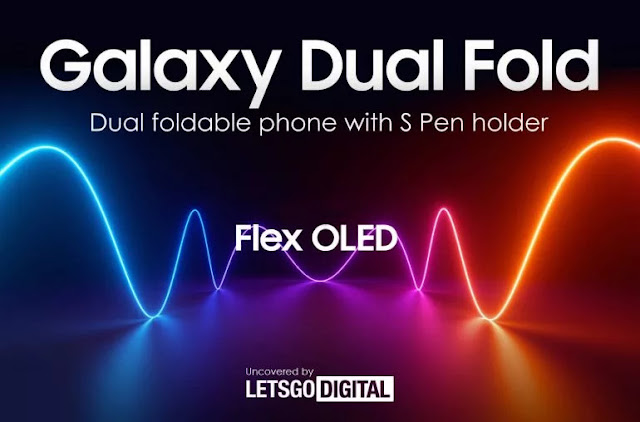 In this publication, we limit ourselves to the double-fold variant. This device is Z-folding. This means that part of the screen can be folded forward and part of the screen can be folded back. Over the years, Samsung Electronics has repeatedly applied for a patent for this type of device. Late last year, LetsGoDigital reported on such a Samsung smartphone with reverse wireless charging technology.

This time around, the company unveiled new documentation all about the S Pen. The Galaxy Z Fold 3 is the brand’s first foldable phone with  Samsung’s stylus holder. Now that the company is able to run the S Pen on a flexible display, the brand’s future foldable models are also expected. They will be equipped with stylus support to be more productive and creative. This is obviously even more true with a Dual Fold phone, as it has an even larger display area. 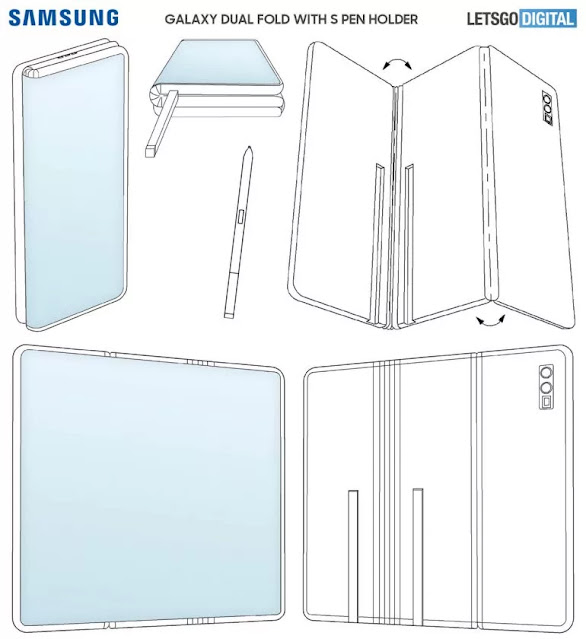 A Galaxy phone that can be folded into a Z-shape is shown in the full instructions. When folded, the phone is the same size as a standard smartphone – with the exception of thickness, of course. When you unfold it, you’ll have access to an extra-large and broad display, making it a true tablet.

There is no requirement for a separate front display to be installed. When you fold the phone, the right display component in the unfolded position becomes the front display. A recess is located at the back of this display part. 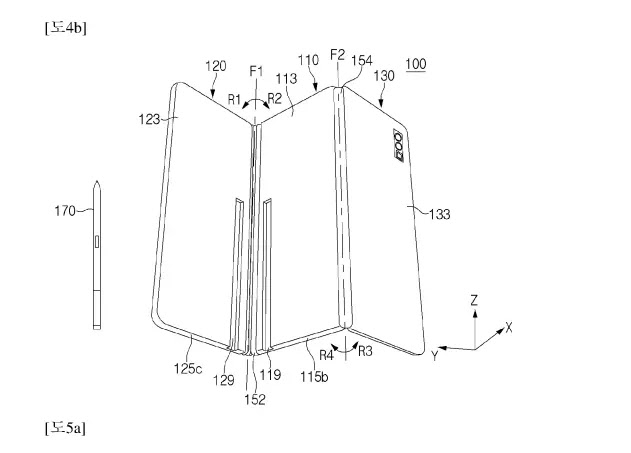 Since the S Pen is magnetically held in place, it won’t just fall out when you open the phone. In addition, you can thus ensure that the S Pen is automatically positioned correctly for charging – a charging coil is integrated for this purpose. The current edition of the S Pen Fold does not need to be charged, unlike the S Pen Pro. The patented Galaxy phone will therefore also be compatible with the advanced S Pen Pro, so it also has all Bluetooth functions, including remote control. Additionally, it’s also possible to remove the S Pen from the bottom, as we know from the Galaxy Note smartphones and  Galaxy S22 Ultra due next month.

Since you can remove the S Pen from the bottom, you don’t need to open the phone first – you can also remove the S Pen from the stand in the folded position or put it back. Samsung has filed several patents for folding smartphones with the S Pen over the past year. Several solutions have been discussed, but most have an old S Pen h similar to this model. It was initially expected that Samsung would unveil its first dual phone at the end of 2021. That hasn’t happened so far. We will probably hear more on this unit later this year. Samsung is anticipated to unveil the Galaxy Z Fold 4 and Galaxy Z Flip 4 in August 2022.