Under the code name Frontier 22, Motorola, a Lenovo company, is developing a new flagship smartphone featuring a 144 Hz display, 200-megapixel camera, and Snapdragon 8 Gen 1 Plus CPU. We have unique access to further technical details and images in advance. 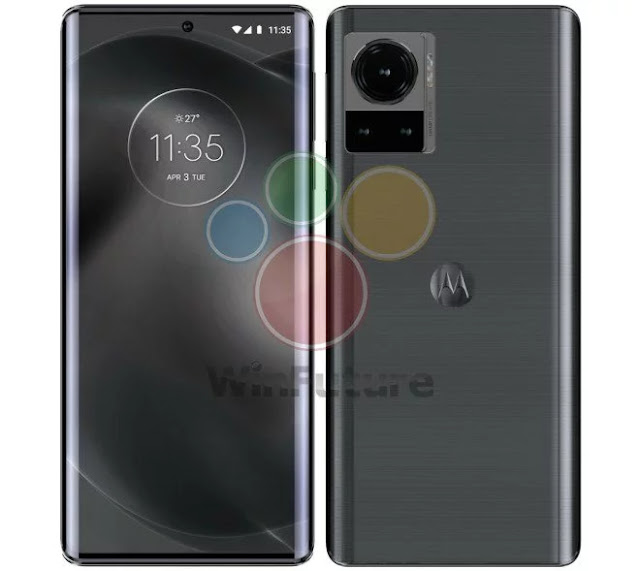 As the Motorola Edge 30 (Moto x30) with Snapdragon 8 Gen 1 processor is about to celebrate its market launch in Germany, we were able to get more information about the already leaked “Frontier 22” smartphone from sources. informed and reliable. The flagship, which will be available from July 2022, is based on the further development of the Qualcomm chip, which will be launched as  SM8475 or presumably as a “Plus” variant.

Up to 12 GB of RAM (LPDDR5) and 256 GB of UFS 3.1 onboard are also stored. The OLED screen, slightly curved towards the sides, has an aspect ratio of 20: 9 with a diagonal of 6.67 inches and is equipped with FullHD + resolution and a refresh rate of 144 Hz. Plus, DCIP3 color space should be covered and HDR10+ supported. . Motorola pays particular attention to the triple camera system of the “Frontier 22”. A 200-megapixel sensor with optical image stabilization, a 50-megapixel wide-angle (optionally ultra-wide-angle) and a 12-megapixel telephoto lens are used. The front camera inside a  hole, on the other hand, has a resolution of 60 megapixels. Details on Samsung and Sony sensors that may have been used appeared online, they have not been confirmed yet. 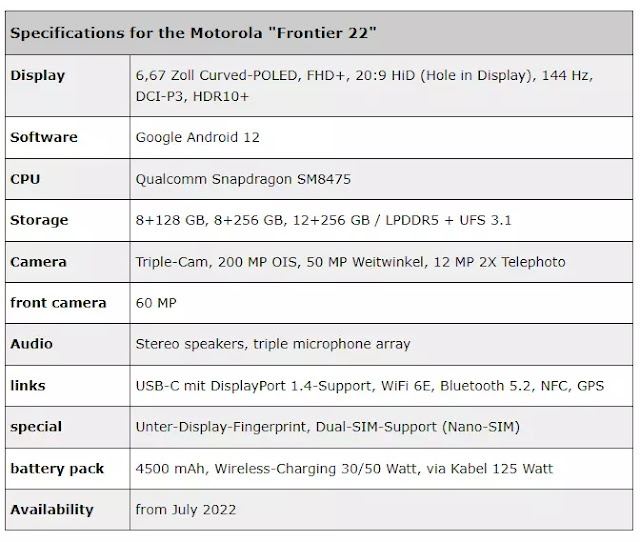 Wi-Fi 6E, USB-C, Bluetooth 5.2, dual SIM compatibility, and a fingerprint scanner under or inside the display are among the other notable features. The Android 12 smartphone’s battery has a capacity of 4500 mAh and can be charged using a cable that can deliver up to 125 watts. Wireless charging, on the other hand, can handle up to 50 watts of power. The name under which Motorola will advertise the “Frontier 22” in Europe and Germany is yet unknown. Furthermore, we have yet to get any information about the new top model’s cost.

In international markets, Motorola is expected to release a new flagship smartphone. The Moto X30 was revealed in China last year, and it will be released in other markets under…

Motorola Edge 20 equipped with a 6.7-inch OLED screen. The smartphone will arrive in India at 12:00 pm. (Noon) Now and being sold domestically through Flipkart Motorola will launch its…

Due to that unexplained event, Motorola’s planned launch from last Tuesday had to be temporarily postponed. Motorola made the revised release timing public this morning, the official said: “We tried…

Since foldable screens continue to advance in their iterations, a wide range of folding-screen phones has entered the market. As new goods, folding screen phone durability, thickness, creases, and battery…

Renders of Motorola’s next Frontier Android flagship phone with its massive camera housing an estimated 200MP camera sensor have been leaked. Now, Evan Blass takes a closer look at the…