The introduction of the Samsung Galaxy A53 5G is rapidly approaching. While a leaker had disclosed the device’s essential features as well as the rest of the A Series releases scheduled for the next few months, the specs have now been validated via a Google Play Console listing. 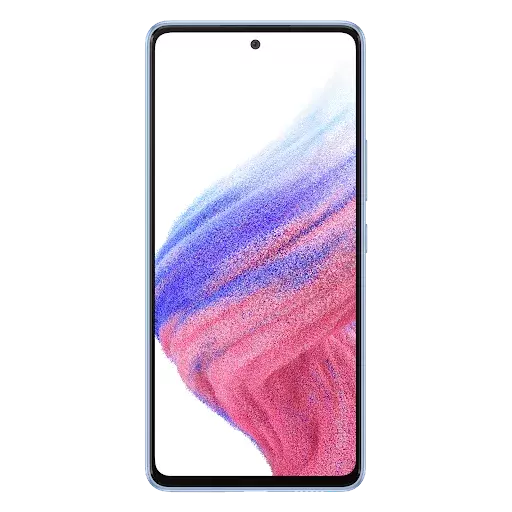 The Galaxy A53 5G is powered by the all-new Exynos 1200 chipset, which has 2x Cortex-A78 high-performance cores clocked at 2.4GHz and 6x Cortex-A55 efficiency cores clocked at 2.0GHz, according to the listing. The Mali G68 GPU provides graphical functionality for the CPU.

The mentioned model includes 6GB of RAM, however the final version will undoubtedly have additional RAM and storage choices. The software will be One UI 4 out of the box, which is the most recent version of Android. 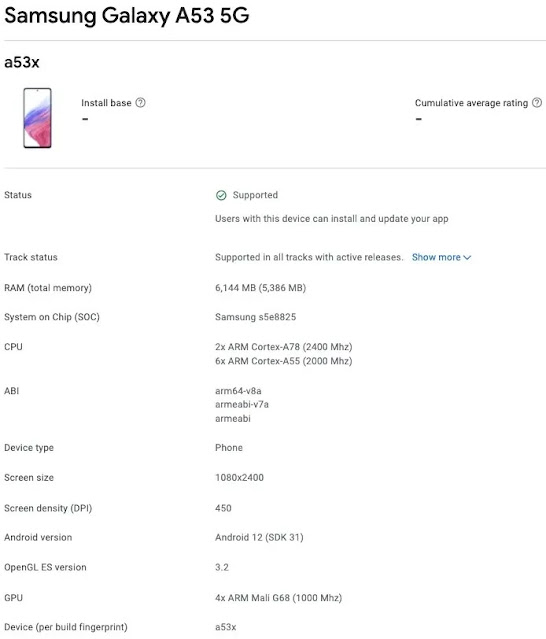 That’s all there is to it, with the specs validated by the listing. However, there is an image there that shows the device’s front, which is essentially all-display. A small center-aligned punch hole houses the front camera.

The Samsung Galaxy A53 5G will boast a 6.52-inch Full hd+ resolution 120Hz AMOLED display with a 1080*2400 resolution, according to previously reported specifications. The camera system on the back is 64MP+12MP+5MP+5MP, and the battery is 5000mAh with 15W charging capabilities.