OnePlus has filed a patent for a smartphone that looks identical to the 10 Pro but has a periscopic camera. Is this the rumoured 10 Ultra? Last week, you could read on LetsGoDigital the OnePlus 10 Ultra, a brand new smartphone model even more advanced than the OnePlus 10 Pro. The Pro model was introduced in China last month and will also arrive in the Netherlands in spring  2022, the manufacturer has already announced. 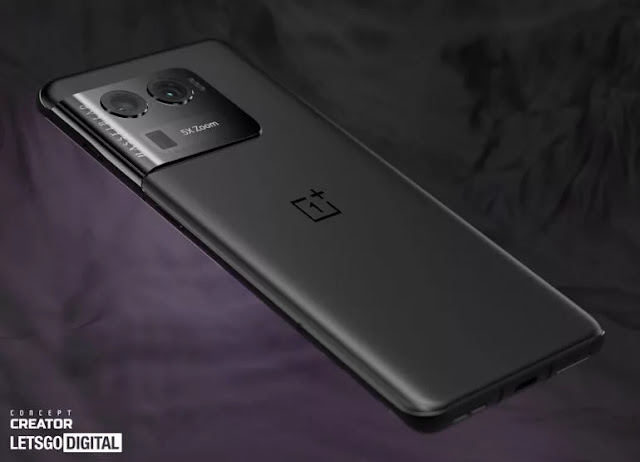 The ultra-advanced Ultra model seems to be slated for the second half of 2022. The flagship model is expected to have an improved camera. Design details are still unknown. It is possible that a recently published patent will provide more clarity. TechInsiderBlog reported via Twitter a few days ago that OnePlus filed a patent for a phone very similar to the 10 Pro, but with a different camera system. To get a better picture of the patented OnePlus phone, graphic designer Jermaine Smit, aka Concept Creator, created a series of product images for LetsGoDigital in which the revamped camera system is central.

The OnePlus 10 Ultra is equipped with a periscopic camera

This is a design patent that was filed by OnePlus Technology with  EUIPO (European Union Intellectual Property Office) in September 2021. The documentation was released on January 28, 2022, and consists of seven patent images showing the phone from all sides. In March 2021, OnePlus had already registered this design in its home country of China. 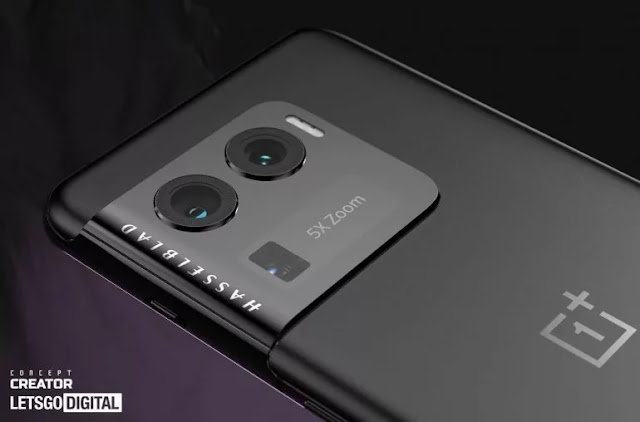 The new documentation also covers the EU. The front is identical to that of the OnePlus 10. The smartphone has a rounded screen with narrow screen edges. A hole has been drilled in the upper left corner for the selfie camera. On the left side are the volume keys, on the right side is the power button. Just above is the familiar warning slider. At the top there is a microphone, in addition, at the bottom we see a second microphone, a speaker, the compartment for SIM cards and a USB TypeC connection. 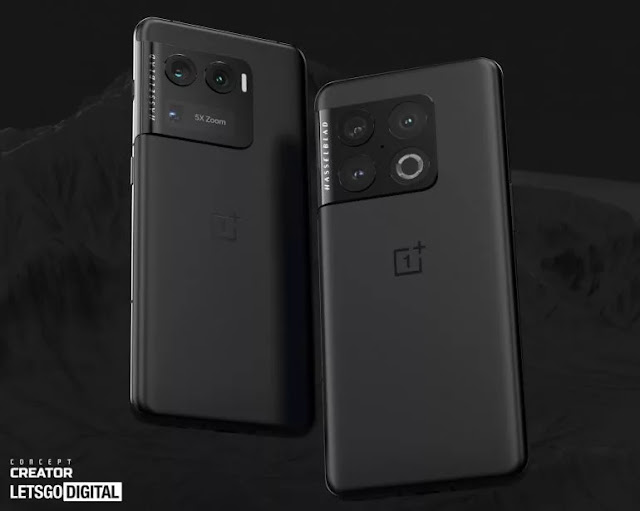 The most striking is undoubtedly the rear. The camera system extends to the side of the device and therefore has the same type of design as the OnePlus 10 Pro, it is a triple camera system with flash.

However, there is a clear difference to the Pro model, as the patented OnePlus 10 Ultra has a periscope zoom camera – with a rectangular lens. Immediately next to this camera is a frame, presumably, some text is placed inside. Like the zoom range, or a mention of the new MariSilicon NPU – more on that later. The first two cameras resemble the OnePlus 10 Pro: it could be a comparable 48 MP wide-angle camera and a 50 MP ultra-wide-angle camera.

OnePlus is also taking things from Oppo. The 10 Ultra is said to be the brand’s first phone with a MariSilicon Imaging NPU from Oppo. This new 6nm NPU will debut in the Find X5 Pro. The Mari Silicon X enables RAW processing without loss of quality. Capturing 4K AI Night Video recordings with live preview will also be possible. The OxygenOS shell has also been modified, the latest version contains much more similarity with Oppo’s ColorOS.

The fast charging functionality is also shared. For example, the 10 Pro has 80W SuperVooC and 50W AirVooC – names that Oppo has been using for quite some time. Previously, OnePlus called this Warp Charge technology. Finally, the OnePlus 10 Ultra is expected to be equipped with an extra powerful chipset. The current Pro model is powered by the Qualcomm Snapdragon 8 Gen 1, it’s Qualcomm’s most powerful processor to date. In 2022, a slightly improved variant will probably appear, which will be applied to the Ultra 10. In the coming months, we will certainly know more about the new flagship model from OnePlus.

Contents hide
1 The OnePlus 10 Ultra is equipped with a periscopic camera
1.1 MariSilicon Imaging NPU in OnePlus smartphone
We use cookies on our website to give you the most relevant experience. By continuing to use the site, you agree to the use of cookies.