Samsung dominates the foldable market. In the Netherlands, the Galaxy Z-series smartphones are also quite popular. The current versions have sold 5.6 times as much as their predecessors, according to a press statement issued last week by the business. The business is working on new electronics with a flexible screen in the background. 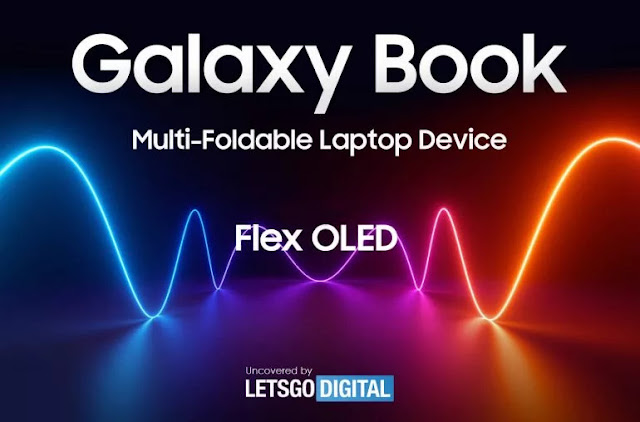 Consider the Galaxy Tab foldable tablet, but the company’s plans go much beyond that. Samsung Electronics has patented a one-of-a-kind laptop that is both foldable and foldable. It’s like a Galaxy Book from the future.

Samsung laptop with many folding options

Samsung Electronics submitted a patent for a “Multi-foldable electronic device” with the World Intellectual Property Organization (WIPO) on July 2, 2021. On January 13, 2022, the 47-page paper was accepted and released. A Samsung laptop with a flexible display and a physical keyboard is described in the documentation. Unlike the Lenovo Thinkpad X1 Fold, the flexible screen does not fold lengthwise. Samsung has instead chosen a screen that folds in half like a book. 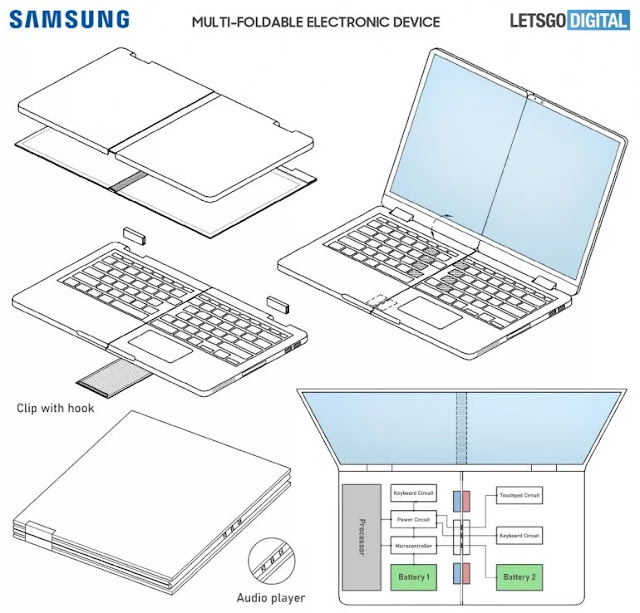 Two hinges, similar to those seen on a contemporary laptop, are built-in. This allows you to close the laptop normally. The device may then be folded. It is possible to fold the left part (1 display component and 1 keyboard part) over the right part. In addition, the device.

Samsung includes two batteries in this laptop computer, one on the left side and the other on the right side, similar to the Galaxy Z Fold 3 and Galaxy Z Flip 3 folding smartphones. 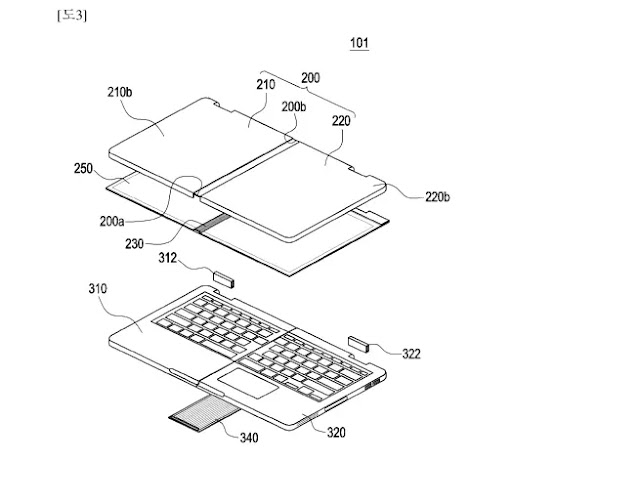 Samsung has also included a helpful clip with a hook to prevent the gadget from accidentally unfolding. Various magnets are also built in to combat this. Users also have access to audio player capabilities while folded up – there are three buttons on the side for rewind, fast forward, and pause. It’s a brilliant idea that’s unlike anything else we’ve seen in the realm of folding computers so far. We’ve mostly seen laptops with a bendable screen up until now.

The flexible screen, on the other hand, serves an entirely opposite purpose this time: it allows the gadget to be carried more compactly. Furthermore, an exceptionally big/broad display may be used in this manner, allowing the user to work even more efficiently.

For the time being, it’s unclear whether Samsung intends to produce such a multi-foldable laptop in the future. The gadget would be a good fit for Samsung’s Galaxy Book family, which includes 2-in-1 laptops. The Samsung Galaxy Book devices are now unavailable in the Netherlands, however, this may change in the future.