The architecture of the Snapdragon 8 Gen2 CPU

At the end of the year, there will be a second iteration of the Snapdragon 8 Gen1, the previously speculated Snapdragon 8 Gen2, which will also employ TSMC 4nm but will have a whole new CPU architecture.

According to this information, the Snapdragon 8 Gen2 GPU update Adreno 740 is a routine modification, but the CPU architecture has changed significantly, from the existing 1 + 3 + 4 three cluster architecture to 1 + 2 + 2 + 3 four cluster design.

The centre core has split into two types, the design is more complicated, which will lead to more CPU scheduling issues, but the advantages outweigh the drawbacks. In theory, it is more adaptable to varied conditions.

The Snapdragon 8 Gen2 processor will be formally revealed in the fourth quarter of this year, likely as the first device in the Xiaomi 13 Series. Of course, other manufacturers will seek to be the first to market during this time period as well. 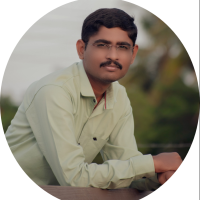