Samsung Electronics created a design identity for the Galaxy series based on the concept that uniqueness comes from a mix of profound thought, comprehensive study, time, and effort. Following this procedure allows for the addition of additional values that raise the bar for premium devices. This is how Samsung has been able to improve the design of Galaxy devices while keeping core principles. 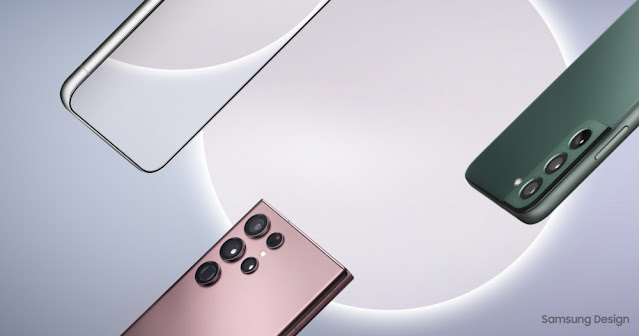 Geometry with a Twist

The design strategy of the Galaxy S series places a premium on capturing just the most important components in order to generate a distinct identity. In the case of the Samsung Galaxy S22 series, this entails giving the phone a flat design with an asymmetrical front and back. The sides of the cellphones have been simplified to make them seem sleek and smooth from any angle. 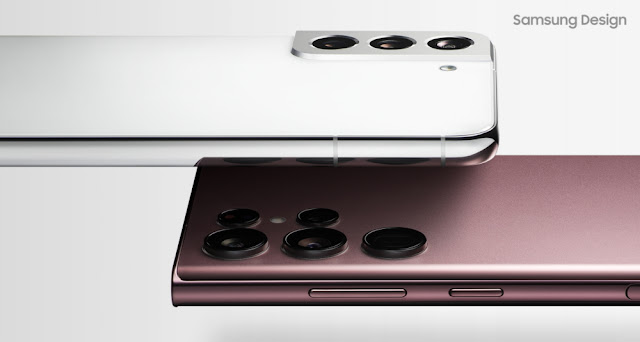 In addition, the camera configuration on the Galaxy S22, S22+, and S22 Ultra has been altered to establish a design identity for the Galaxy S series moving forward. The camera on the Galaxy S22 and S22+, in particular, has been positioned such that it is equidistant from the device’s horizontal and vertical borders, resulting in a more polished look.

The metal camera housings and body of the Galaxy S22 and S22+ have comparable hues, providing a sense of uniformity. The side frame’s sleek, a flat line separates it from the camera housing, giving it a clean appearance. The camera technology, its waterproof structure, and the angle of the camera housing have all been modified and enhanced. 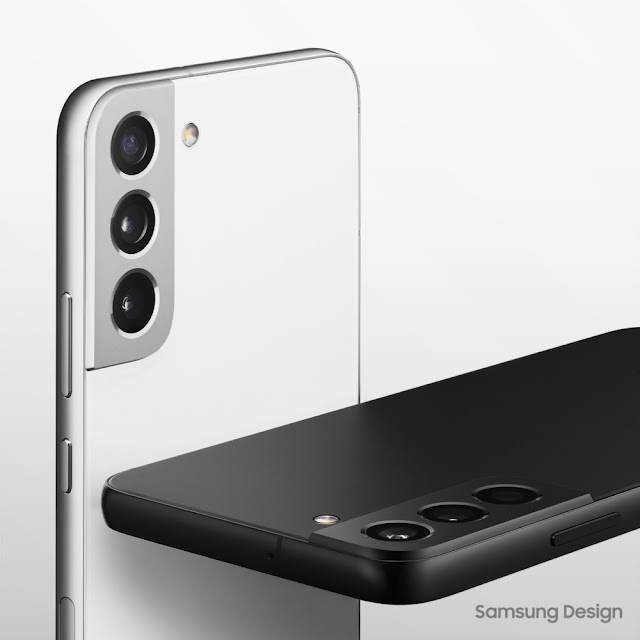 An Illusion of Optical Perception

The Samsung Galaxy S22 Ultra is a high-end smartphone with a stylish design. The Galaxy S series’ reach has been broadened by adopting the Galaxy Note series’ simple yet robust design identity, which is designed for the S Pen. 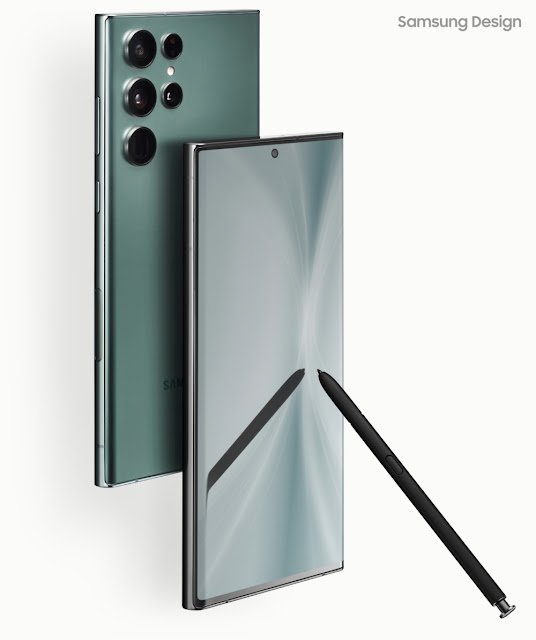 As the performance of a camera improves, it tends to become larger and protrude more from the design. Samsung optimised the camera’s design to keep it from poking out on the Galaxy S22 series. The camera’s mirrored metal frame gives it a fresh new look thanks to a unique finishing technique that gives it the appearance of hovering above the device’s body. These qualities allow the camera to blend in with the rest of the body. As a consequence, you’ll have an exquisite design that’s not too flashy. 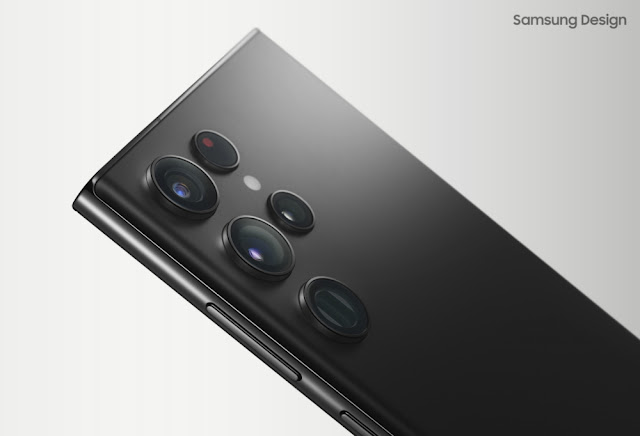 A Multi-Use S Pen It’s a Comfort to Use

The Galaxy S22 Ultra’s built-in S Pen allows users to write and draw on the device’s large screen, making for a more creative and enjoyable mobile experience. The new S Pen has a 70%  reduced latency, giving consumers a more authentic experience that feels like they’re writing on paper.

Furthermore, users may use Compact Mode in the Air Command menu to access apps more quickly, and the Samsung Notes experience has been improved. Users may simply save a link or a web page while keeping the page they were reading open by utilising Samsung Notes in a pop-up or split-screen.

Users may accomplish more with the Galaxy S22 series thanks to a single UI. When frequently used widgets are grouped using the Smart Widget feature, for example, widgets that users will find helpful depending on the time and place are presented automatically. There’s a widget that alerts users to forthcoming events, as well as one that lets them know when their Galaxy Buds’ batteries are running low. The home screen may be utilised more efficiently by eliminating the need to open many widgets at once. 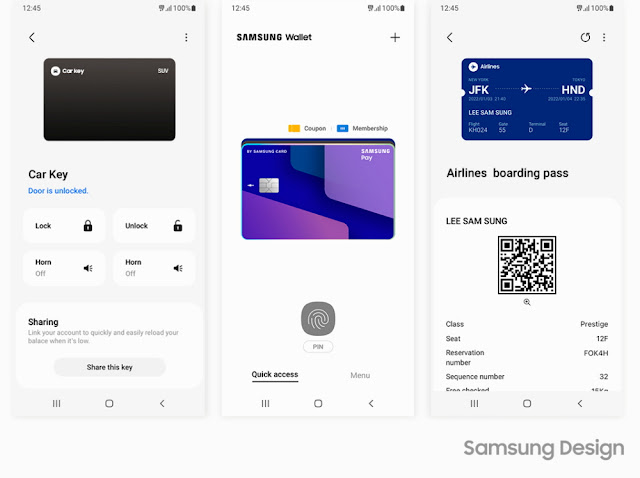 Furthermore, Samsung Wallet1 is a unique feature that combines digital payments, identification, and asset management in one simple and secure location. This makes consumers’ lives easier by adding levels of protection to secure their personal data. 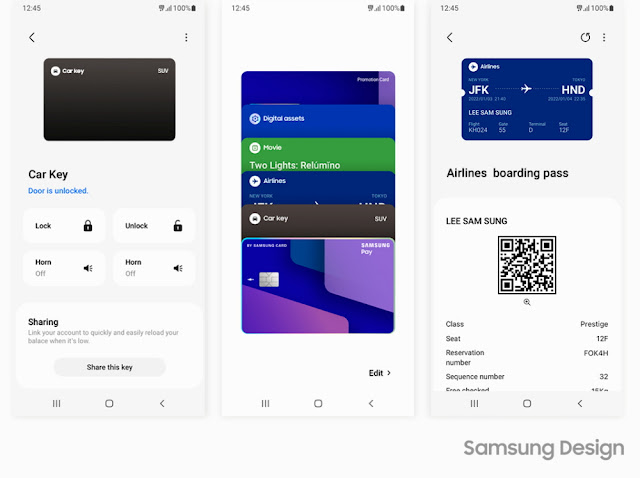 Trendy but yet lovely 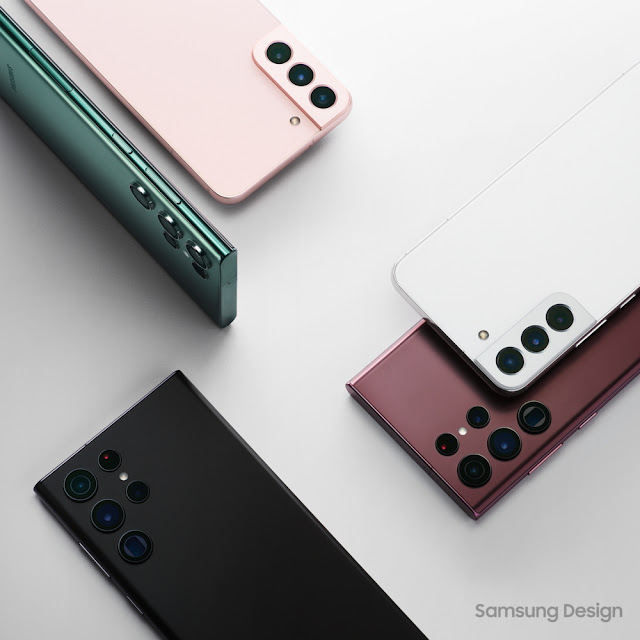 Reduce and recycle your waste

The packaging for the Galaxy S22 series reflects the series’ design identity. The prominent “S” on the box alludes to the smartphones’ elegant and flatform, while the number 22 indicates the oneness of the camera housing with seamlessly permeating graphics. 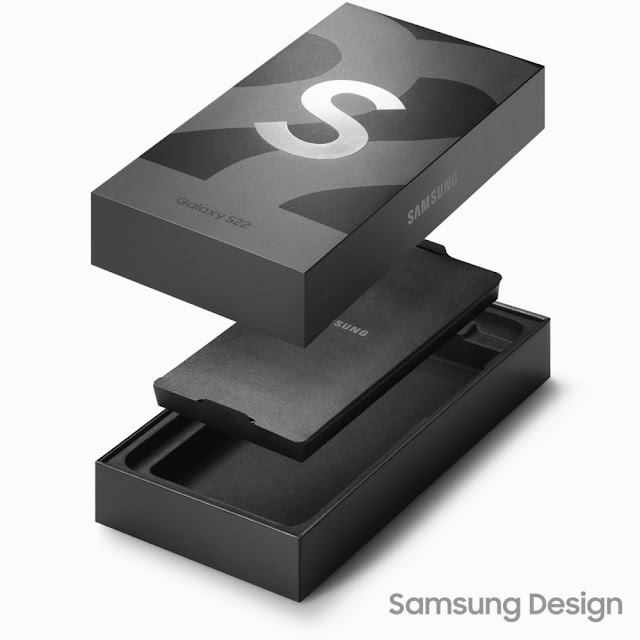 The packaging for the cellphones was made using 100% recycled paper to be environmentally friendly. The packaging’s total volume was reduced by making all components, including accessories and instructions, more compact. Samsung was able to make the Galaxy S22 series with packaging that is 56% less in volume than the Galaxy S20 due to these environmentally conscientious initiatives.

Samsung is developing the next-generation Galaxy S-series flagship smartphones, and information regarding the future devices has already leaked online several times. The Galaxy S23 Ultra is expected to sport a…

Google is focusing on refinement and only a few new features with Android 13, which is releasing and rolling out to compatible Pixel phones today, as opposed to the comprehensive…

After the release of UFS 3.0 a few years ago, Samsung is currently preparing to move to the UFS 4.0 storage standard. In line with the launch of the Galaxy…

Google is concentrating on providing us with brand-new hardware at Google I/O 2022 this year. The Pixel Buds Pro, a new addition to Google’s headphone collection, is one of the…

Need a smartphone with a 144Hz OLED show, top-notch sound system speakers, double 50MP cameras, for the most part, clean Android? Motorola’s Edge 30 Pro marks those cases, however, the…