Various theories and rumours about the Samsung Galaxy S22 series have appeared online over the previous few weeks. Now, according to a fresh leak, the official design of the upcoming flagship lineup has been unveiled. 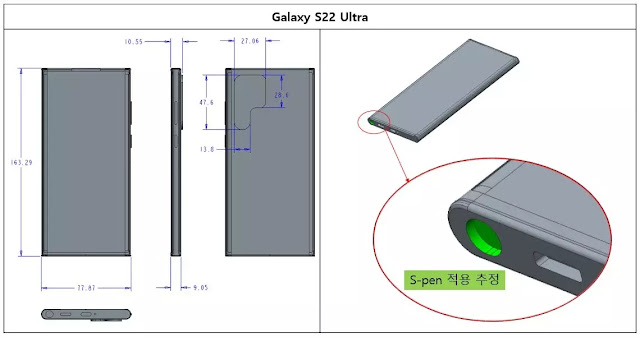 New Galaxy S22 series schematics have just surfaced online, revealing certain measurements and port locations on a yet devices. For those who are unaware, the South Korean tech giant is expected to release three Galaxy S22 models next year, including a base model, a high-end Ultra model, and a new Pro model that will replace the “+” variant.

Your first look at…

All three models’ exact dimensions are shown in the new schematics. In other words, according to Tron on Twitter, we now know how tall, wide, and thick the new flagship range will be. The Galaxy S22 Ultra will also have a design that is similar to the Galaxy Note series, according to the schematics. This is most evident its main camera, which varies from both the basic and Pro variants. 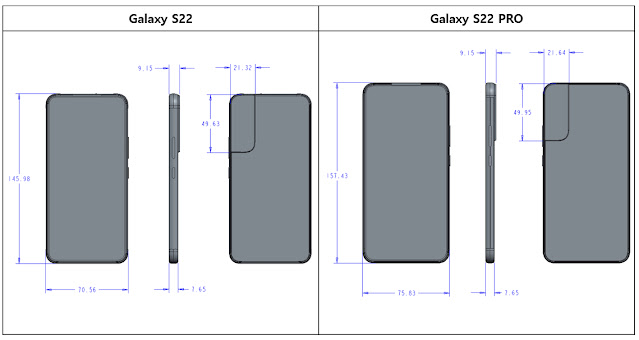 The Ultra version, on the other hand, has a space for the S Pen on the bottom left side. With Samsung skipping the Galaxy Note series debut in 2021, the S22 Ultra might be a smart upgrade for Note series fans. Keep in mind that this is merely a rumour, so take that with a grain of salt and stay tuned for more information.