Since 2013, Samsung has launched connected watches. Several models have been announced in recent years, the most recent being the Galaxy Watch 4 and Galaxy Watch 4 Classic. They are also the first Samsung smartwatches to work with Google’s Wear operating system. 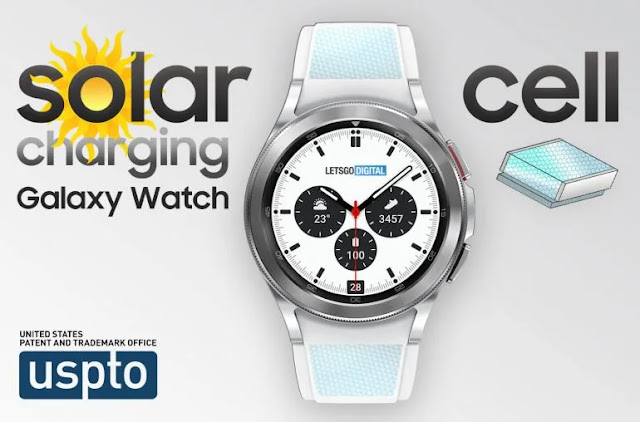 All of the watches that Samsung has introduced over the years have one thing in common: smartwatches offer limited battery life. Smartwatches are relatively small, which means that even a relatively small battery can be integrated. In addition, more and more functions have been integrated in recent years, all of which require energy. This ensures that the battery life has not improved over time. While the battery in the first Galaxy Watch lasted four days, with the Galaxy Watch 3 it only lasted 24 hours. The new Watch 4 offers an autonomy of approximately 24 to 48 hours.

Despite this, the limited battery life remains a major drawback of portable devices.A new patent shows that Samsung is working on a solution. The South Korean manufacturer is developing a solar bracelet, which means that the watch is continuously charged using solar energy. Ideal to never fall on a dead battery again. to review this technology in the Samsung Galaxy Watch 5, which is scheduled for next year, remains unknown for the moment. In theory, however, this is the perfect solution. In addition, brands like Garmin and Casio have already shown that it is possible to have an electronic device that includes solar cells of several types. 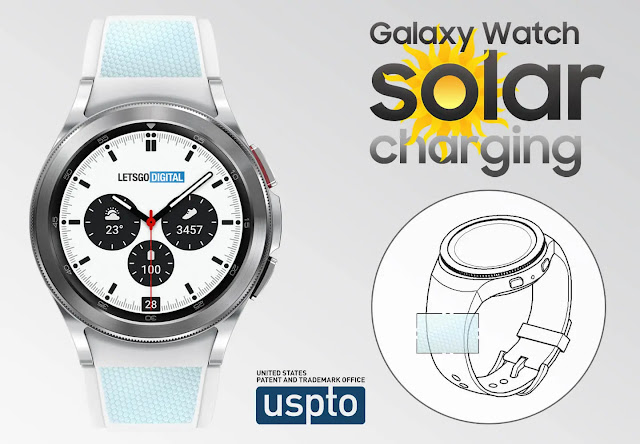 Earlier this year, on January 12, 2021, Samsung provided additional documentation, after What the 22-page patent was published on September 16, 2021.This is a technically defined patent that describes a Samsung Galaxy watch with a solar band. These are two solar cells that are placed in the watch strap, on each side of the watch case. In the product images made by LetsGoDigital, the placement of the solar battery is shown with a honeycomb structure in reality, however, you will not see it. By placing a solar cell on both sides of the watch case, a sufficient amount of sunlight can be collected regardless of how the watch is worn. This way, the user will never be able to face the unpleasant surprise that the battery suddenly runs out.

Samsung uses a quantum dot polymer to alter the path of light and various solar cells that can perform photoelectric conversion. Solar cells capture the light that passes through the polymer, after which the light is converted into electrical energy. By applying different types of solar cells, with different wavelength bands, relatively high efficiency can be achieved. , the watch must absorb relatively few hours of sunlight / fluorescent light to continue to operate. 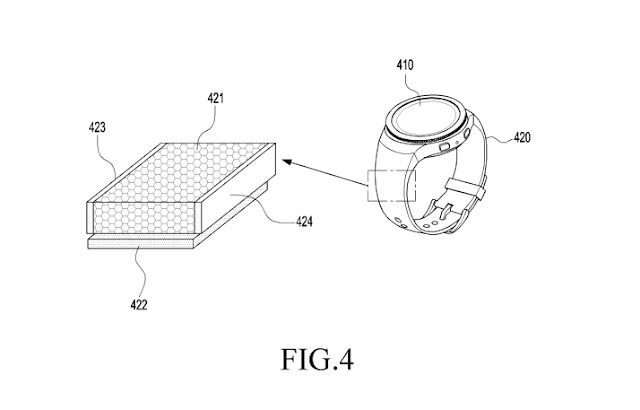 Samsung already has extensive experience in applying quantum dots. Think about the Samsung QLED TV line – these are LED TVs with quantum dots or a layer of nanocrystals that color under the influence of light, resulting in a high color gamut. Applying quantum dots, QLED TVs deliver significantly better picture quality than regular LED TVs. This technology does not only apply to televisions, the South Korean manufacturer also produces QLED gaming monitors. It is certainly not excluded that even Samsung in the future will apply the knowledge already acquired with quantum dots to other product groups, such as a solar smartwatch. The documentation is so detailed that Samsung seems to be seriously considering this solution. has been in development for some time. The fact that more information was added earlier this year indicates that Samsung is still developing this technology.

Samsung Galaxy Watch In this regard, it is hardly inconceivable that Samsung will release a Galaxy Watch Solar in the future.Finally, today there are several manufacturers using solar technology. Garmin in particular now offers a wide range of solar watches in different price ranges. From the affordable Instinct Solar to the more expensive Fenix ​​6 series, the Quatix 6 series and the Tactix Delta. It remains to be seen whether this is the first Samsung Galaxy Watch 5 with solar technology. The Watch 4 range has just been released, its successors will be announced around August 2022. At the time of writing, we simply do not know anything about the models planned for next year. Prior to that, Samsung will be hosting a Galaxy Unpacked event for the Galaxy S and Note series for the first time. In January 2022, the Samsung Galaxy S22, Galaxy S22 Plus (or S22 Pro) and Galaxy S22 Ultra (or Galaxy Note 22 Ultra).