date has been set, however, Samsung appears to have been forced to postpone the sale of the Galaxy S22 and S22+. Samsung has now revealed that it will be hosting a Galaxy Unpacked event on Wednesday, February 9. Six novelties are expected at the event. It concerns the Samsung Galaxy S22, Galaxy S22 Plus and  Galaxy S22 Ultra smartphones. 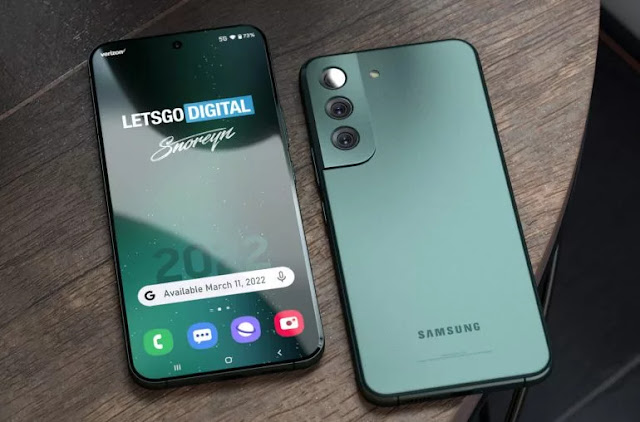 In addition, three Android tablets are planned, the Galaxy Tab S8, the Galaxy Tab S8 Plus and the Galaxy Tab S8 Ultra. It was thought then that the new smartphones would be available from Friday, February 25. However, Samsung appears to be struggling with supply chain issues. As a result, not all three S22 models will be released on February 25, Jon Prosser reported today via Twitter. Only the flagship model is expected on the 25th. The base model and  Plus model won’t appear until Friday, March 11. Despite this delay, all new models will be available for pre-order from February 9, 2022.

It is an extraordinary message. Last week, South Korean Dohyun Kim reported on Twitter that Samsung plans to sell many more Galaxy S22 Ultra smartphones than it has produced to date. Therefore, delivery times can be up to 3 months. Based on this information, one would expect the Ultra model to come out later than the base model and the Plus model. S22  on Twitter last week. 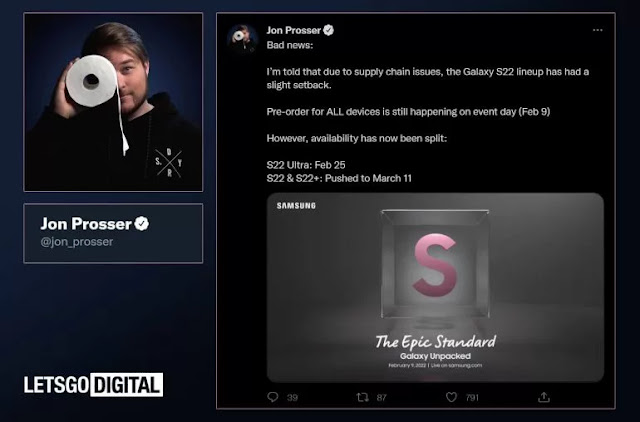 These images show the products, including all specifications and new functions for the six planned devices. The necessary information is also known about the price and colors of the new Samsung Galaxy S22 models. The base model will most likely have a starting price of €850, the same as last year. The Samsung S22 Plus will be sold for €1,050 and the S22 Ultra for €1,300. All models should have standard 8GB / 128GB memory. Of course, the variants will also be released with more memory.