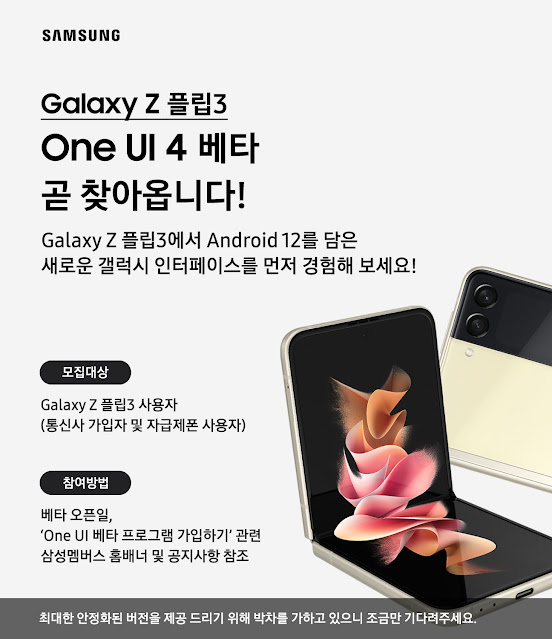 Just One UI 4.0 Beta programme will now be available in South Korea on the Galaxy Z Flip 3 and Galaxy Z Fold 3, but it might quickly extend to other regions such as Germany, India, South Korea, the United Kingdom, and the United States. Its details were revealed on the Samsung Members forum. It was also stated that this software will be available on the both unlocked and carrier-locked versions of the phones.

So when One UI 4 Beta programme launches, eligible Galaxy Z Flip 3 and Galaxy Z Fold 3 users may sign up by accessing the Samsung Members app, registering in with their Samsung account, and clicking on the One UI 4.0 Beta membership banner on the main screen. 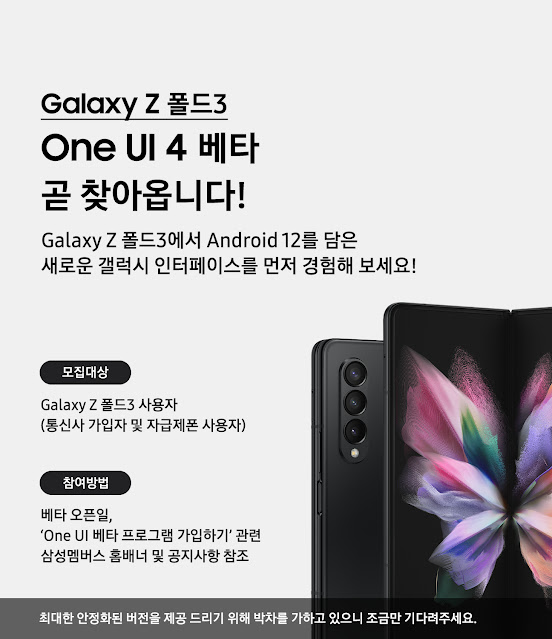