In leaked renderings, the Samsung Galaxy A14 has been revealed. Onleaks, real name Steve Hemmerstoffer, has posted the pictures in association with Giznext. The renderings show the smartphone’s appearance as well as a few important details. The Galaxy A13 will be replaced by the future Galaxy A-series device.

The Galaxy A14 sports a U-shaped notch and a slightly thick chin, as seen in the renderings. The power and volume rockers, as well as a fingerprint reader, are located on the right side of the smartphone. Three camera sensors are vertically arranged on the rear panel without additional modules. A speaker grille, a USB-C connector, and a 3.5mm headphone jack are located on the device’s bottom. 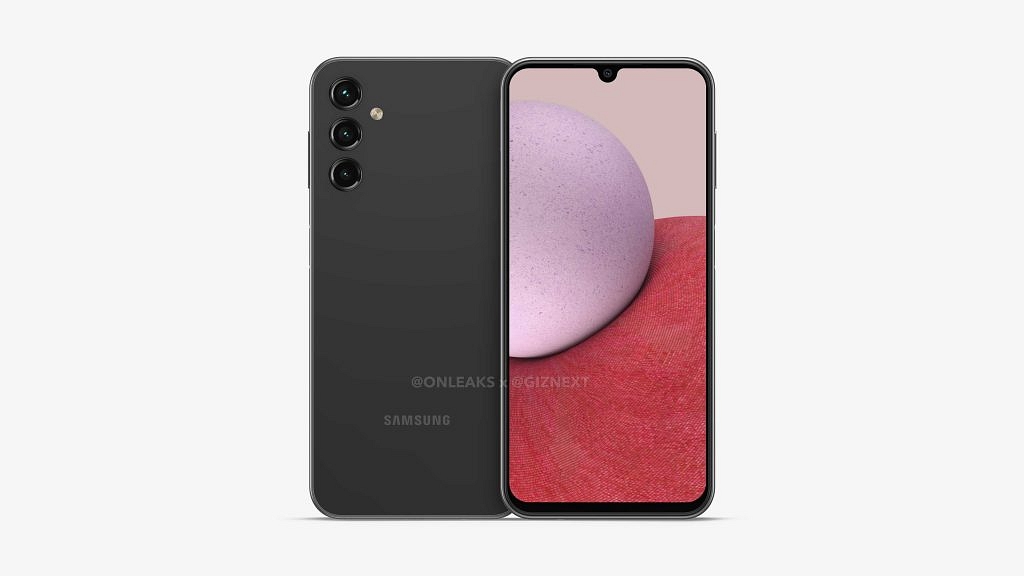 According to the source, the Galaxy A14 would have a large 6.8-inch LCD screen with FHD+ resolution. Although the next smartphone is only shown in Black, we may anticipate more colour possibilities at launch. 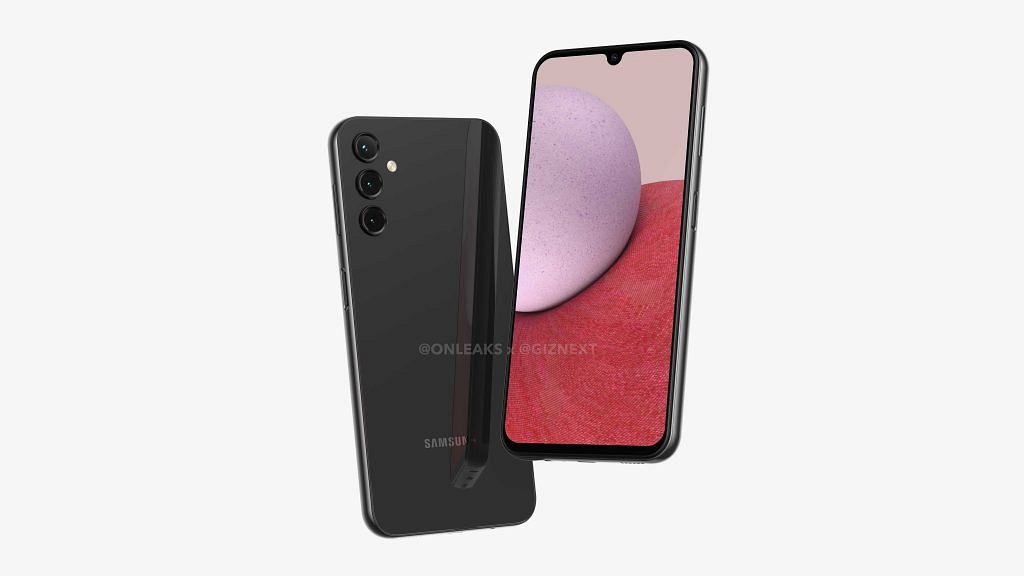 The Samsung Galaxy A14 other important features, like its CPU, camera setup, RAM, storage, and battery size, are yet unknown. It’s also unknown whether the South Korean company like it did with the Galaxy A13, would introduce the forthcoming smartphone in 4G and 5G models. According to reports from Europe, the Galaxy A14, the company’s least cost 5G phone in 2023, could only be available in 5G mode.

It appears that Samsung won’t be adopting a punch-hole camera on their next Galaxy A series phone. This improvement is one that we have all been waiting for. Additionally, the camera module and the nearly flat frame design of the previous generation device are also included.

In contrast to the Galaxy A13 quad camera module, the Galaxy A14 will sport a triple rear camera arrangement. Why Samsung is removing the additional sensor is unknown to us. However, we anticipate a hardware improvement for the camera, notably a bigger primary camera sensor.

The rear panel looks to display a simple colour design. We have only seen photographs of the black colour version, but we are confident that Samsung will release further colour options. A side-mounted fingerprint scanner for increased privacy is also verified by Galaxy A14 render photos.