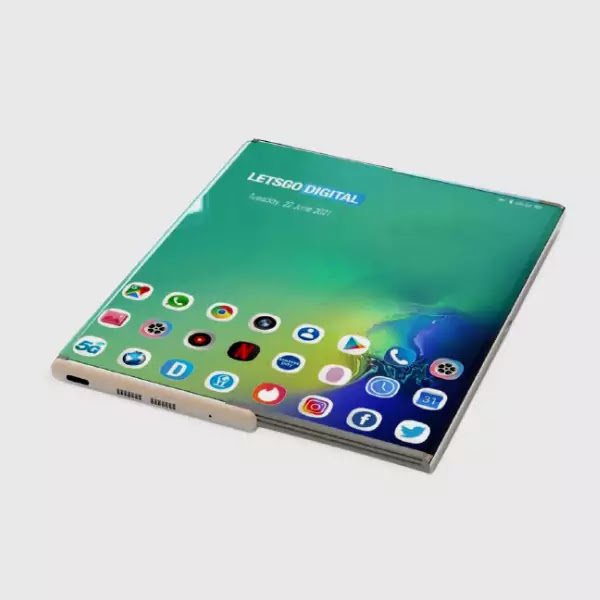 Samsung Galaxy Z Fold and Roll with foldable screen On February 1, 2021, Samsung Display filed a patent for a foldable and expandable smartphone design. The document was published on August 24, 2021, and includes at least 40 product sketches showing two different smartphone models. This design is clearly borrowed from the Galaxy Z Fold 3. Samsung’s signature hidden hinge is evident, and the triple camera on the back also shares the same design as the new Fold. It has a similar screen that folds inward. However, this time the front screen is not visible. Instead, Samsung has equipped this rolling screen smartphone with a sliding system. When folded, you can expand the smartphone screen, then a long and narrow screen will be created to the right of the camera system. 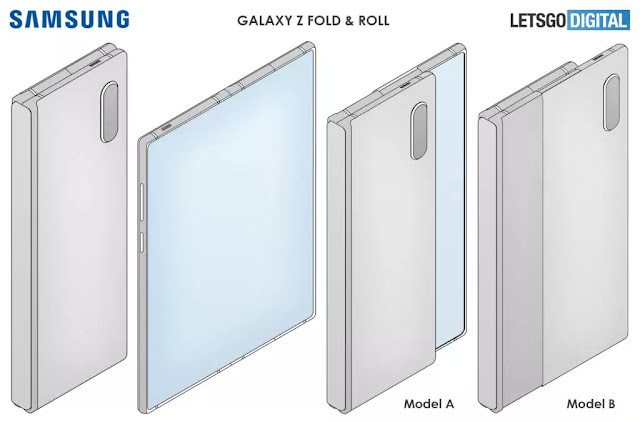 The camera is visible around the screen, Samsung will probably want to use the camera below the screen. The recently unveiled Galaxy Z Fold 3 is Samsung’s first smartphone with an under-display camera. The two models differ only in how they slide out – to the left or to the right. This is important because, in the second model, the additional camera surface is in favour of the front, instead of this May Samsung Display showed another promising slide from the device, but this model does not fold. In any case, the Korean manufacturer has already registered the necessary trademarks for its upcoming backup phones, with the nicknames Galaxy Z Roll and Galaxy Z Slide announced in May this year. Register. Samsung Electronics is expected to unveil its first foldable smartphone in 2022, however, the design has yet to be revealed.For example, earlier this month, LetsGoDigital announced a special Galaxy Z Slide that slides the flexible display backward.

However, the idea of ​​a combined foldable / retractable smartphone is not new. In April this year, the TCL Fold ‘n Roll smartphone concept was unveiled. However, this extensible model is only intended to increase screen real estate when expanded. On the other hand, Samsung wants to use the slide-out part of the screen as a cover when folded.