The backs of the Samsung Galaxy S22, S22+, and S22 Ultra, which will be released in early 2022, are shown in two photographs. The photographs back with prior rumours about the design. Over time, more and more details about the Galaxy S22 series are revealed. Samsung will most likely officially present the new Series range in February 2022, at a specially organized Galaxy Unpacked event. 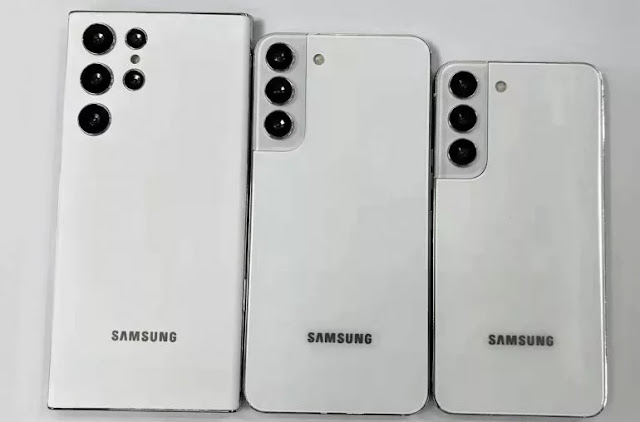 Galaxy S22 is a series of Samsung smartphones.

After LetsGoDigital unveiled the Galaxy S22 Ultra design in October, the first photos showing Samsung’s new flagship model have appeared online. Additionally, Twitterer Yogesh Brar today posted two photos showing third-party mockups of the three models in the series. S22 Plus and S22 Ultra. The Ultra model has a distinctly different design from its two younger siblings, with far fewer rounded corners and a curved screen. It will also be the only new model in the S series with an S Pen compartment. This could result in Samsung also changing its name. It is rumoured that the flagship model will be marketed as the  Galaxy S22 Note.

Although the Samsung S22 / S22 + has many design similarities with the S21 / S21 +, this time the camera system will be significantly improved. The new models are also slightly smaller. The base model is expected to have a 6.1-inch screen, the Plus will have a 6.6-inch screen. Both have a Full HD + AMOLED display. The Ultra model has an extra large and crisp 6.8-inch QHD + AMOLED display. All three Galaxy S22 models will run on the Android 12 operating system and will be powered by the recently introduced Qualcomm Snapdragon 8 Gen 1, which delivers outstanding performance. 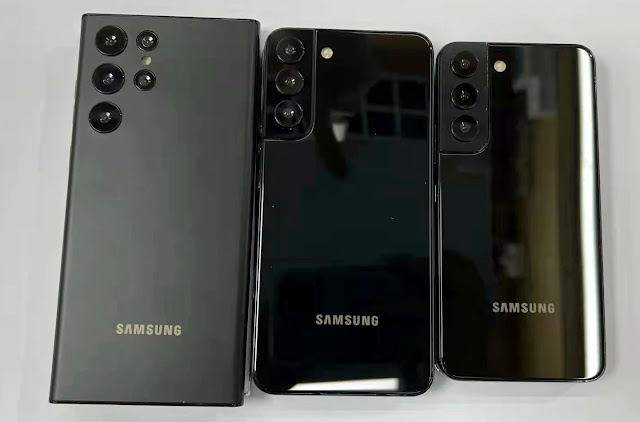 In some regions, the not yet officially launched Exynos 2200 SoC may be released. However, it looks like Samsung is having serious production issues, which means this processor will be used in fewer regions than originally anticipated. As for colours,  base and larger models will be available in black, white, rose gold, and green upon release. The Samsung S22 Ultra is expected to release in black, white, olive green, and red. SamMobile revealed last week that prices will stay the same as this year at least for the base model. If we extend it to the whole range, that would mean that the recommended retail price is set as follows:

Samsung is expected to formally unveil the Galaxy S22 series on February 8, 2022. Pre-orders for the new phone variants will be available from that point forward. On Friday, February 18, 2022, the film will be released.