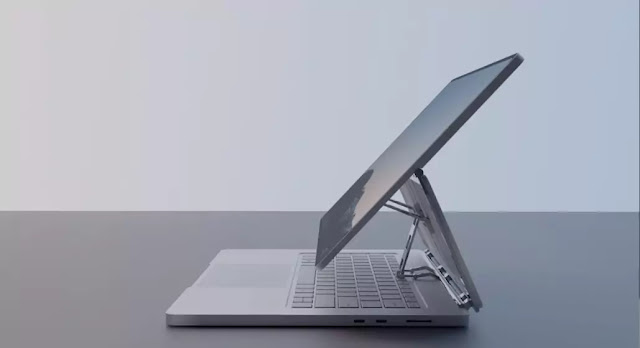 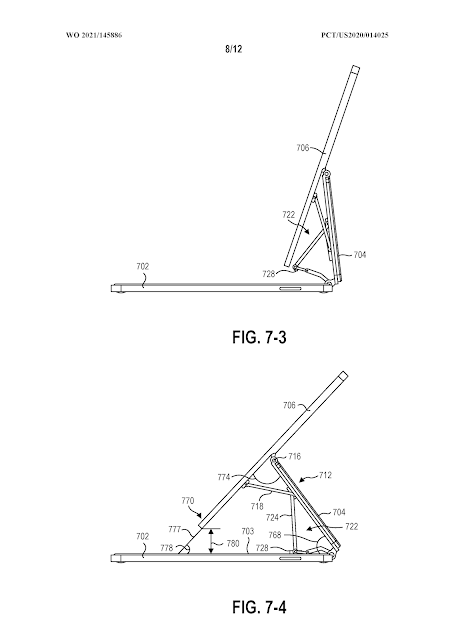 This design is more convenient for touch operation, but it also improves aesthetics.Microsoft Surface Book Studio Concept Video The Surface Book Studio can be converted from a traditional laptop to a tablet with cutouts on the back of the screen that cover the hinge for a flatter look. a screen and possibly a larger trackpad and a new Surface Pen with improved tactile feedback. Surface Book Studio will run Windows 11. If that’s true, the new machine will hit shelves this fall.

The benefits are clear. In laptop mode, the screen will be much more “stable”. Surface Book screens have always had a tendency to “wobble”, even if Microsoft managed to improve that even slightly with the next generation. Another plus is the battery life in tablet mode. With the old design, the batteries are usually short-lived because the two large batteries are built into the keyboard slot. Thanks to the new design, a fully charged battery can also work.

However, as usual with patents, the same applies here, that it is not the final product, however, it can now be considered relatively confident that Microsoft is working on the design. The successor to the Surface Book.