You might read more about a rolling Samsung Galaxy smartwatch in development with a sliding screen and camera on LetsGoDigital earlier this week. While several smartwatches with flexible displays have been shown and even launched before, such as the Nubia Alpha, this was the first time we saw one with a rollable screen. 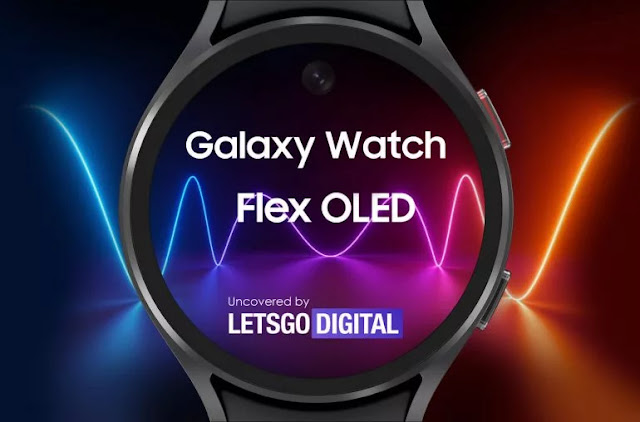 This invention, however, is not unique; Samsung Electronics recently received a patent for a winding linked watch. The latest Samsung model is considerably more sophisticated, with the ability to swivel on the wrist. Depending on the programme, this will zoom the screen horizontally or vertically. For the user, this opens up a slew of new possibilities.

This is a patent that Samsung Electronics filed on May 3, 2021, with the World Intellectual Property Office (WIPO). The documentation titled “Electronic device including a flexible display and its operation” was released on December 9, 2021. It is a detailed patent that occupies no less than 113 pages – I do not remember having dealt with a patent any more. prolonged. This watch is therefore full of possibilities, unlike anything we’ve seen before. The patented Samsung Galaxy Watch has a square screen. it’s a crown on the side. However, this is mainly done through the touchscreen. Surprisingly, the documentation also talks about compatibility with a stylus. Samsung naturally has several smartphones in its range with an S Pen. Think of the Galaxy Note 20 Ultra. The Galaxy S21 Ultra and Galaxy Z Fold 3 are also compatible with Samsung’s S Pen. Just like the Galaxy S22 Ultra expected in February. Tablets like the Galaxy Tab S7 Plus can also be used with the Samsung stylus. Smartwatches, on the other hand, have a significantly smaller screen, which means the benefits of a stylus are minimal. 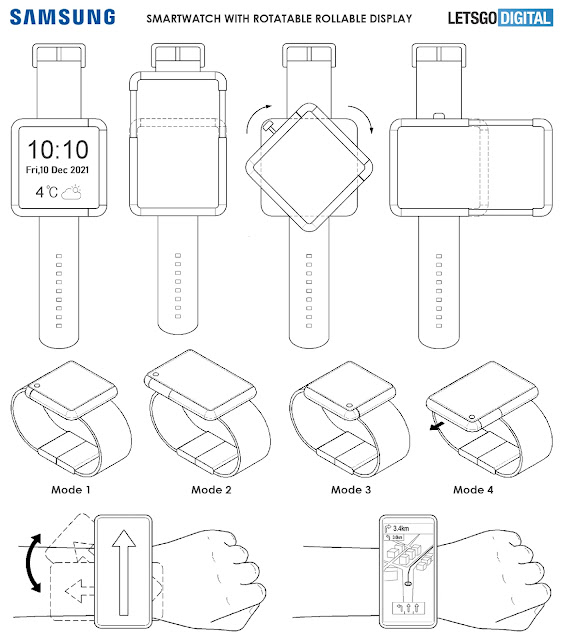 The screen on this smartwatch, on the other hand, can be expanded, so Samsung is exploring making it compatible with a stylus. Due to the device’s size, an S Pen container will certainly be impossible to incorporate. It will, however, be functional with a stylus. There is no apparent bezel between the two halves of the screen this time, unlike the spherical rollable smartwatch that LetsGoDigital revealed earlier this week. Samsung was able to resolve the issue internally, which we’ll discuss later in this article. The top of the frame detaches from the bottom of the frame when the screen is removed.

A semi-circular rail is positioned between them so that it remains a sturdy and elegant whole. When fully extended, the screen is twice as large as in the most compact position. Where 12 icons can be displayed as standard, it is 24 in the extended position – this can be inferred from the patent illustrations. The screen isn’t as big as the foldable smartwatch  Oppo released in 2019, but you can obviously work much more efficiently on such a large screen. 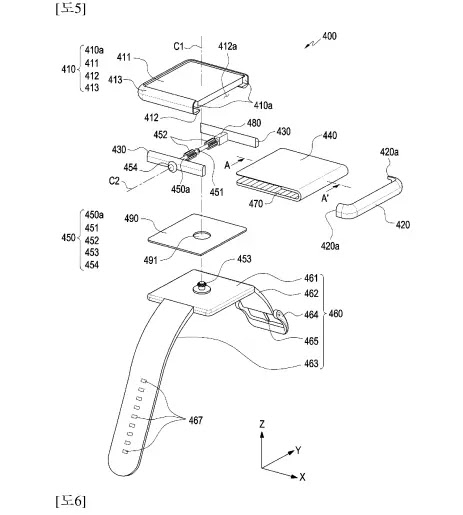 Internally, Samsung applied a very ingenious system, consisting of several gears and a rotating shaft. These ensure that the display can be minimized and enlarged without any problem. In addition, this system allows you to rotate the display, without having to remove the watch from your wrist. The user only has to pull out the crown and turn it, after which the screen automatically moves to the right. Samsung mentions various user options in the documentation. For example, by default, it displays a home screen with the clock, date and weather. This can be displayed well in landscape mode. However, there are also many situations where a stretched screen is more practical.

Consider utilising navigation software that allows you to put the display in a portrait position so you can read the route simply from your wrist. An expanded screen is also ideal for responding to WhatsApp or email messages. The interface adjusts automatically based on the user’s use of the linked watch. A sliding mechanism connects the watch case to the watch strap. The strap has a mounting plate on which you may slip your watch. A slew of sensors has been added to track your exercise and health. A heart rate monitor, blood pressure monitor, and oxygen saturation metre are all good options. A calorie counter and a pedometer will, of course, be provided.

Wearables in the Future

Some smartwatches with a large screen are already available, such as the Belsey Chapeau. The downside of such watches is that the screen always protrudes from the wrist. This way you will get stuck behind something faster and the risk of damage is also greater. You won’t mind this retractable smartwatch from Samsung. In its most compact position, the watch is no larger than contemporary models. in the middle, just open the screen and you can start typing smoothly. It will obviously do much better than on such a small screen. 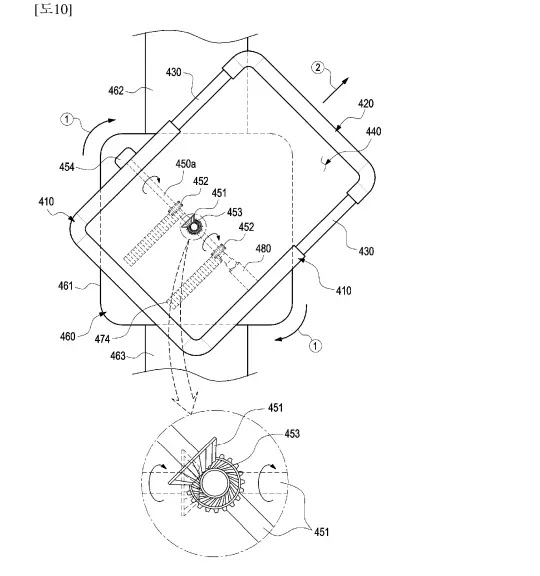 Unlike smartphones, the market for portable devices is still on the rise. It is not without reason that more and more smartphone manufacturers now have one or more connected watches in their range. This year Samsung released the Galaxy Watch 4 and Watch 4 Classic, as pictured above. Additionally, you have the Xiaomi Mi Watch, Oppo Watch, and  OnePlus Watch, as well as  Huawei Watch and  Motorola Moto. The highly anticipated Google Pixel Watch will also make its debut in early 2022. However, the market leader has been Apple for years with its popular Apple Watch line.

Samsung Galaxy A03 delivers a wide variety of updates to essential Samsung mobile functions that are designed to make it easier for you to do your everyday chores. The Galaxy…

The Samsung Galaxy A53 5G is slated to be released next year, but we have an exclusive look at it today. Digit is now able to provide you with complete…

Samsung will soon unveil particularly low-cost smartphones with which it hopes to attract users, particularly in the low-cost category and emerging regions. The Galaxy A04 Core is one of the…

Samsung has just unveiled a new generation of Galaxy A smartphones. However, new M-series phones are still on the way. We’ve recently seen several leaks about the Galaxy M53 5G….

Samsung has revealed a 5G demonstration with Verizon and Qualcomm that reached record data upload speeds of 711Mbps using aggregated bands of mmWave spectrum. According to Samsung, the technology enables…