Samsung has already introduced many foldable smartphones, the most current of which is the Galaxy Z Fold 3 and Galaxy Z Flip 3. Samsung is anticipated to release further consumer products with flexible displays in the future. 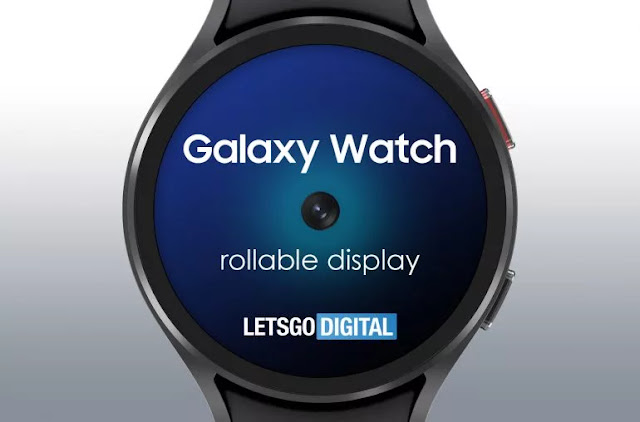 Consider a foldable tablet or a Samsung roll-up TV, for example. A new age has begun with the introduction of flexible displays. According to a newly granted patent, Samsung is also working on a rollable wristwatch in the background. This is a Galaxy Watch that has two display elements that can be swapped out at any time. A camera and video recorder are also included in the wristwatch.

Samsung’s smartwatch can fold up.

Samsung Electronics submitted a patent for an “electronic device containing a roll-up screen and an associated display technique” with the World Intellectual Property Office (WIPO) on June 2, 2021. On December 9, 2021, the 96-page material was made public. This is a Samsung Galaxy Watch with a screen that rolls up. It’s a full-size watch with two Samsung semi-circular display elements in its most compact configuration. is a physical experience The roll-up screen may be extended by mounting a narrow bezel between the two portions of the panel. From the centre, the display area is expanded. 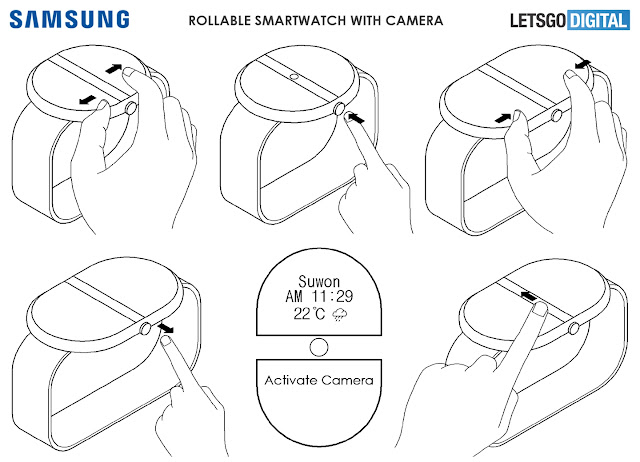 In the fully extended position, the screen area is approximately 40% larger than in the most compact position. Users can zoom in and out on the Samsung roll up to watch the screen as they wish by pressing the crown on the side of the watch case. It is also possible to perform a scrolling movement on the screen, after which the display area is reduced/enlarged – as shown in the figure of the patent mentioned above. 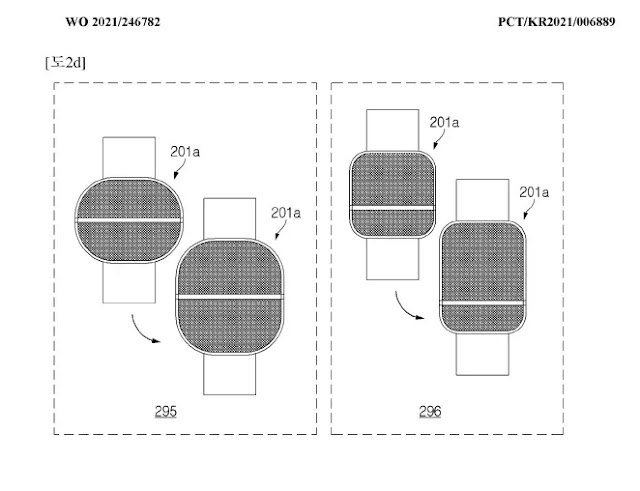 The user has an oval-shaped screen in the open position, on which it is evident that more material may be displayed than in the compact configuration. Only one or two areas of the screen can be displayed at a time, depending on the user’s preference. Depending on the application, this can also be changed. The control components, for example, can be displayed on the tiny portion of the screen, and the related programme can subsequently be presented on the big part of the screen. A camera is also housed in the midframe. a split second This camera can take both photos and movies. This isn’t the first smartwatch with a flexible display, by the way.

Take the Nubia Alpha smartwatch, for example. This watch, however, does not feature a scrolling screen; instead, a reasonably lengthy screen was chosen. Samsung’s proprietary technology is even more advanced. It’s also a pretty extensive patent, with discussions of not only the design but also numerous operating choices. Although it is unclear when or when Samsung will introduce a rollable Galaxy Watch, the firm is expected to debut a rollable smartphone soon.