LG has patented a very compact and extremely stylish roll up TV. The screen of this portable television can be folded out in width instead of in height. 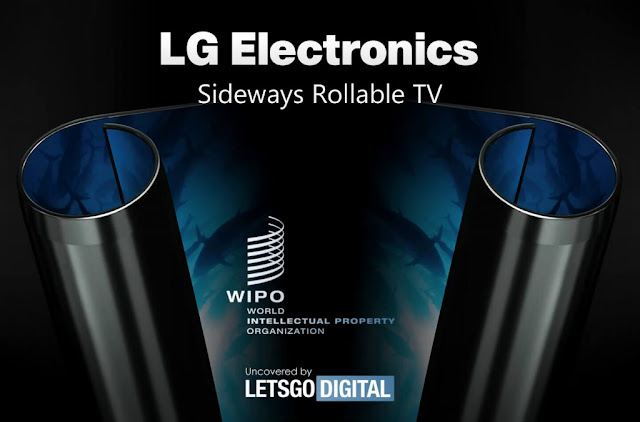 LG Electronics has stopped producing smartphones. The South Korean manufacturer is active in other markets, LG has also been producing OLED TVs for years, and LG was the first brand to introduce a rollable television in 2018, the ‘Signature OLED R’ – also known as ROLED.

Although it took longer than expected, the LG Rollable TV is already available in different parts of the world, and since March 2021 you can also buy the 65-inch Rollable TV in the Netherlands for an exorbitant price of € 100,000. OLED R was announced in 2018. What can we expect from LG in the near future? Does the company have other roll-up TV screens in development? In 2019, LetsGoDigital released around three models of LG roll-up TVs with triangular housing.

This time LG has patented a television design. which is even more portable. Instead of a screen that can be pulled out vertically, this time it is a screen that can be rolled up to the side. On June 4, 2021, LG Electronics received a design for a “roll-up television” from The Hague International Design System, which is part of the World Intellectual Property Office (WIPO).

In its most compact form, the television has the shape of an elongated loudspeaker that is nicely rounded on the sides. Detachable television that stands on a relatively narrow foot. The roll-up screen is stowed in two cassettes that can be separated. Then the screen pops up and one cassette forms the left side and the other the right side of the television.

The L-Up-Screen is rolled around the cassette so that the surface of the screen not only covers the front, but also the two sides, which are relatively wide due to the thickness of the cassettes. Viewed from the rear, the display is supported in the middle by a T-shaped frame that is mounted on the base. This frame is intended to ensure that the surface of the screen looks smooth and without wrinkles. Unfortunately, no information is known about the screen size. 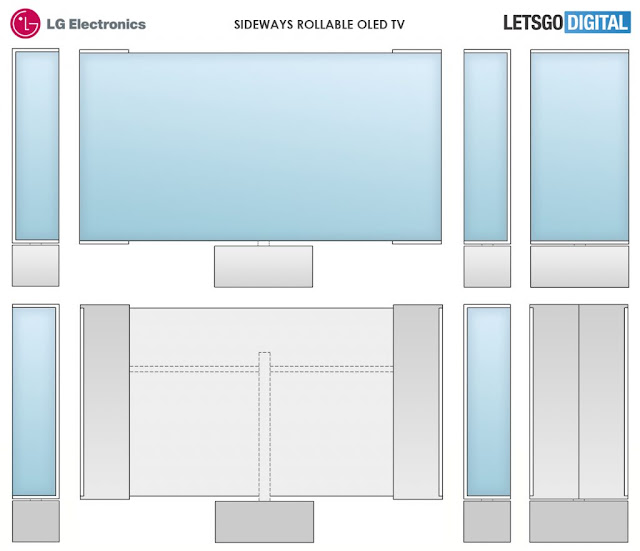 Based on the pictures it appears to have an aspect ratio of 16: 9, one can also assume that it is an OLED screen. The design is very similar to the rollable OLED television TCL CsOT, which was demonstrated in October 2020 during the Global Display Ecosystem Conference (DTC 2020), Samsung also seems to be working on a similar design, which LetsGoDigital reported on at the end of 2018 as a television comparable rollable with Samsung It is not known whether LG will bring a new rollable television onto the market in the future, but it is certainly not unlikely. After all, more and more electronic devices with flexible screens are being brought onto the market.