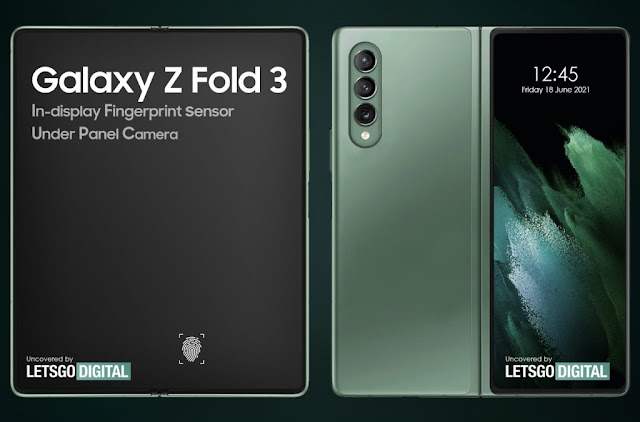 including a fingerprint sensor and a camera module. Samsung is expected to hold the Galaxy Unpacked event in August 2021, launching two foldable smartphones, Galaxy Z Fold 3 and Galaxy Z Flip 3. The new Z Fold will be more robust and durable than before, and will also include several new product features. It should be noted that the S Pen supports and of course the hidden camera (UPC).

In other words, the camera is rendered as a flexible screen. The new patent shows how Samsung hopes to handle selfie cameras and other under-screen sensors. Will the highly anticipated Samsung Z Fold 3 adopt this technology? Samsung Galaxy Z Fold 3 has a camera under the frame. The patent was submitted by Samsung Electronics to the European Patent Office at the end of November 2020, and the document was added to the World Intelle database. Real estate agency (WIPO). 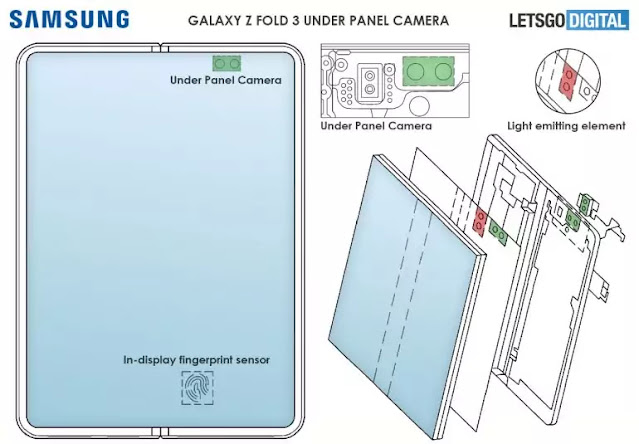 The document titled “Portable Communication Device Containing Display” was released on June 9, 2021. It also mentioned a patent that Samsung applied for in South Korea as early as 2019, and explained this in the new patent. A smartphone like the Galaxy Z Fold is a foldable smartphone that can be expanded to the size of a tablet. The patent mainly relates to a flexible screen located inside the device. Samsung hopes to place several sensors under the screen.

These are different types of sensors, such as camera sensors, fingerprint sensors, receivers, and proximity sensors. Samsung can use different combinations by adding additional sensors such as light sensors and/or aperture sensors. The corresponding sensor is located in the upper right corner, where the notch on the Galaxy Fold is located. The fingerprint sensor in the display is of course below.

With the camera module, the pressure applied on the screen will not affect the function of the camera. There is free space on the left and right sides of the camera module, which is convenient for you to move around when folding and unfolding the device. If needed, multiple cameras can be placed under the screen; the document even mentions 3 or more cameras. Processing all these sensors under the display can achieve a full-screen view. The wide gap of the original fold is often criticized. 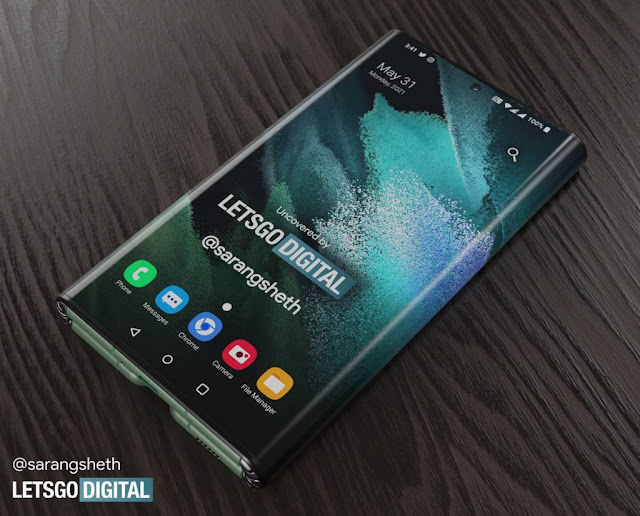 With the help of Galaxy Z Fold 2, Samsung chose a smoother solution by integrating One Punch-Galaxy Z Fold 3 is expected to become Samsung’s first foldable smartphone equipped with an under-screen camera. This is most likely Sony’s 16-megapixel (1-micron) sensor. The image quality of this new camera will not be so high. In addition, even under the screen, the camera will be somewhat visible. Although smartphone manufacturers have been working on under-display cameras for many years, this technology is not as easy to use as the ZTE Axon 20 demonstrated.

However, Samsung seems to be preparing to launch its first smartphone with an under-panel camera. Of course, other sensors, such as a fingerprint scanner, can also be accommodated under the display. It is built into the power button on the side of the device. The amazing thing about the patent image is that the fingerprint sensor is placed on the screen close to the centre, which avoids placing the finger exactly in the crease because the document is based on a patent. Of course, in 2019, this technology may be applied to the highly anticipated Samsung Z Fold 3. The new foldable phone is expected to be officially released in early August and will be released later this month. Please view the Samsung Galaxy Z Fold document with the lower camera frame here.