Samsung is known for filing patents for smartphone models with flexible screens on a regular basis. Some, like the Galaxy Z Fold 3 and Galaxy Z Flip 3, can be folded. Others, like the Slideable Samsung Display that debuted earlier this year, are pull-out. LetsGoDigital reported about a Samsung dual-slide smartphone earlier this week, and a Galaxy Z Fold & Slide was also recently touted. 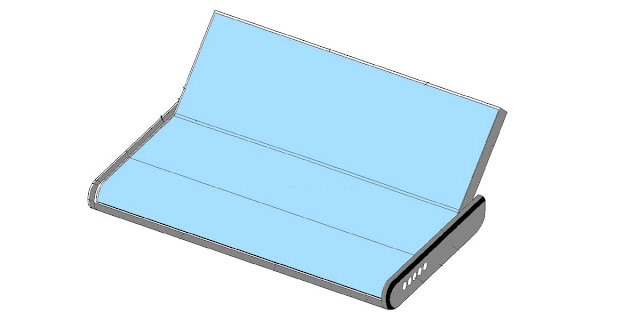 Samsung engineers have a lot of innovative ideas. Of course, not all of these models will be available. Only those models will be published that provide the optimal user experience. The South Korean company was recently given another patent for a novel sliding smartphone with a fixed screen position. This results in a gadget that can function as a smartphone, tablet, and small laptop.

Samsung Electronics submitted a patent application with the World Intellectual Property Organization (WIPO) on June 10, 2021, for an “Electronic device capable of folding and sliding operations.” On December 16, 2021, the 83-page manual was released. The innovative Samsung smartphone seems to be a standard gadget in its most compact configuration. It’s a fashionable smartphone with a high screen-to-body ratio. At the top and bottom, a very small frame margin is visible. In contrast to the right, the left side of the screen is rounded. 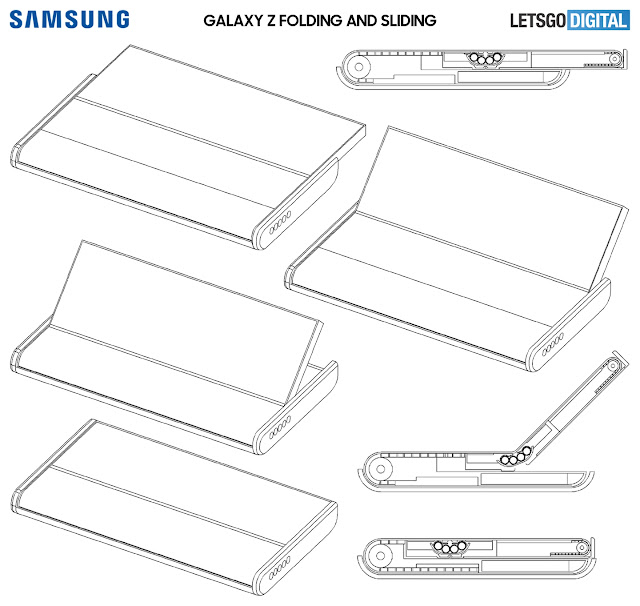 Its user may simply expand the screen area, which is then dragged from the left side of the screen at the front. This stretches the screen to the right, similar to what we saw with Samsung Display’s Slideable early this year.

But, there is a significant distinction to notice, because this time Samsung has placed an additional hinge inside, so that the enlarged screen surface may be bent into the proper position. There are four different ways to lock the screen. 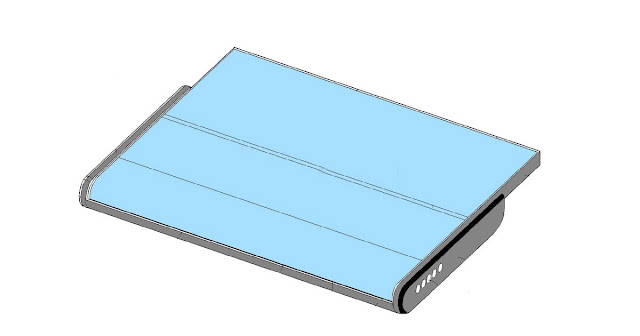 This screen may be utilised flat to provide a tablet-sized display for the user (position 1). Furthermore, the device’s extra display component may be folded upwards (positions 2, 3, and 4) to make it a small laptop. The user, much as with a laptop, may choose which posture is best for them based on their needs and preferences.

Depending on how the user interacts with the device, the user interface changes automatically. As a result, the lower display section may be used to show a virtual keyboard. The inputted text is then shown on the top portion of the screen. The patent illustrations above illustrate several instances. This Samsung phone can also be used with a stylus pen, according to the instructions.

Samsung has previously demonstrated that it can develop an S Pen that works with a flexible screen with the Galaxy Z Fold 3. The user can be more productive and adaptable by adding stylus pen functionality, especially because the device may be fixed in numerous places. This makes it an appealing device for corporate users as well.

On design, the patented Smartphone looks a lot like the Galaxy Z Slide rollable smartphone, which was shown in a set of product renderings by LetsGoDigital in August of this year. This time, though, the emphasis is obviously on the many folding configurations that the flexible screen may take.

This camera system is also mentioned in the patent documents. For the front camera, an under-display camera (UDC) was utilised. The Galaxy Z Fold 3, which was introduced in the middle of the year, already has this new selfie camera technology. The UDC is located in the very top right corner of the patented device. This means you can use it even while the flexible screen is upright. When gaming or making a video call, this feature comes in handy.

A camera system will, of course, be installed on the rear. As indicated in the lengthy description, this will consist of numerous camera lenses and image sensors. It’s a flexible gadget, thanks in part to the ability to adjust the screen to your liking. Because the S Pen is supported, you may work quite efficiently on this mobile device.