In two months, Samsung will release the Galaxy S22 series, with the Galaxy S22 Ultra operating as the new flagship model. The fact that this smartphone would be available in four various colours has long been known. Samsung stated in October that it was working on a green variation in addition to the black, white, and dark red colours. 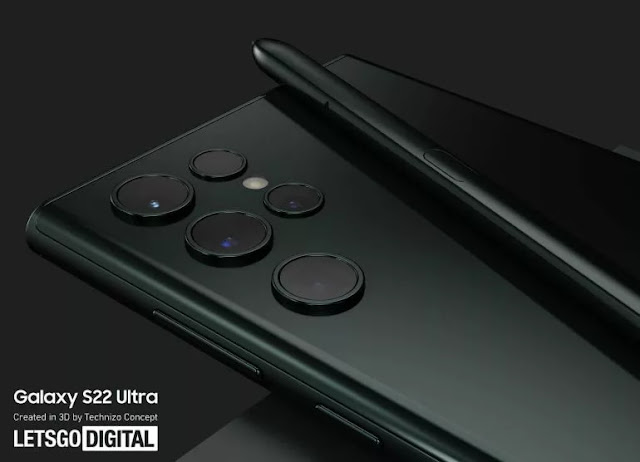 However, it was unknown at the time what the colour’s specific tone would be. 27423 a is the precise colour code. Dedicated designers at LetsGoDigital instantly started work with the new information to develop a series of product renderings of the Samsung Galaxy S22 Ultra green, despite the fact that it was Sunday am. For colour professionals, this colour code is also known as Burnham Green.

This isn’t the first time that Samsung has presented a green Galaxy S series smartphone. Consider, for example, the Galaxy S10’s Prism Green. The Galaxy Z Fold 3 introduced in mid-2021 is also available in green; Ghost green to be exact. The latter becomes almost black depending on the lighting conditions. The Galaxy S22 Ultra 5G green will be slightly lighter than the Phantom Green Z Fold 3 and at the same time darker than the Prism Green S10. At the moment, it is not known if the green variant will be released worldwide. 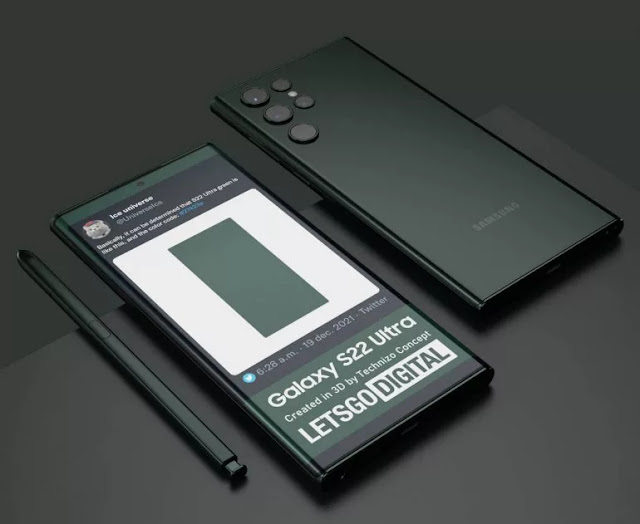 The colours black, white and dark red are often evoked in the same breath. These will probably be the standard colours. In addition, it is quite possible that there is another colour in the pipeline, the details of which are still unknown. The Galaxy S22 and Galaxy S22 Plus are also expected in green, as well as black, white and rose gold. However, it is in line with expectations that this colour differs slightly from green compared to the Ultra model. The flagship is usually released in a dark colour scheme, which is also suitable for business users.

The base model will likely appear in a slightly lighter shade of green. Another differentiation lies in the finish. Where the base and Plus model will have a gloss finish, the upper model will have a matte finish. The preference for gloss or matte is very personal, however, it must be said that a glossy finish is more susceptible to fingerprints. Such devices are generally smoother, although this can of course is fixed by using a (transparent) phone case.

Basically, it can be determined that S22 Ultra green is like this, and the color code: #27423a pic.twitter.com/Gd4ETEyNNL

It has now been revealed that the flagship model will be available in different colours. The smartphone also has a unique design compared to its two less expensive brothers. LetsGoDigital earlier disclosed in October that the flagship will have a waterdrop camera design. In addition, similar to the Galaxy Note series, the phone will include a right-hand corner and an S Pen drawer. It’s also possible that Samsung will modify the model name. The Galaxy S22 Ultra 5G has been rumoured to be sold as the Galaxy S22 Note for quite some time. As a result, Samsung will be able to totally blend the S and Note series without offending the numerous Note aficionados who have been waiting for a successor to the Galaxy Note 20 Ultra for a long time. 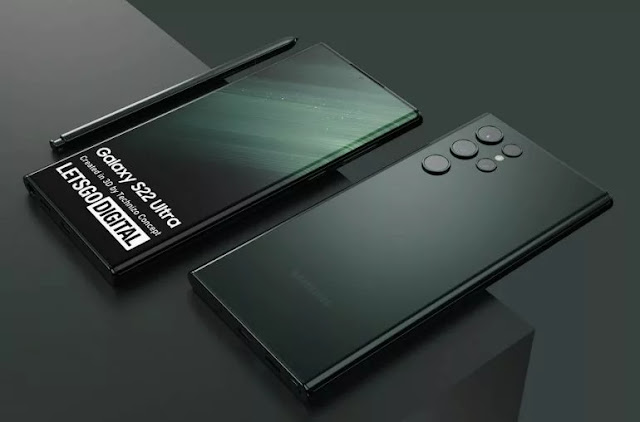 Samsung is expected to officially unveil the new smartphones in the series during the second week of February 2022. Before that, another smartphone in the series is expected. The highly anticipated Galaxy S21 FE will be unveiled at CES 2022 next month – as the best addition to the Galaxy S21 lineup. Presumably, the release date for the S22 series will be set for February 18, 2022.