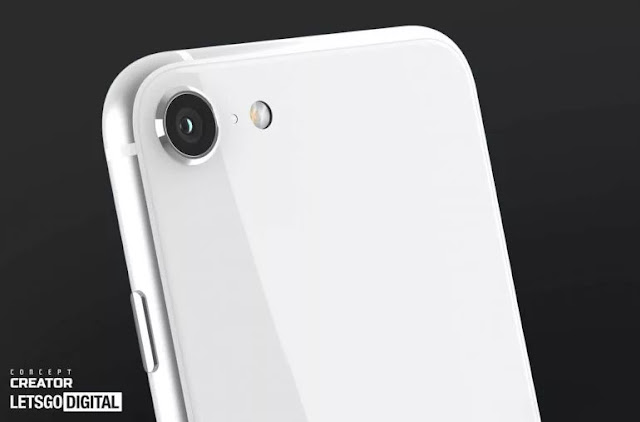 The iPhone SE 2022 has hit the headlines several times. As far as is known so far,  Dutch graphic designer Jermaine Smit aka Concept Creator has done a series of product images for LetsGoDigital of the planned budget model. The video below was also drawn by Jermaine.

A good 4 years passed between the introduction of the iPhone SE (2016) and  SE 2 (2020). So Apple decided to give the device a completely new design. This time, between the 2nd and 3rd year, there are only 2 years of a generation left. As a result, few design changes are planned. Most likely, the new model will feature a single camera on the back again. The front will feature wide edges of the display. 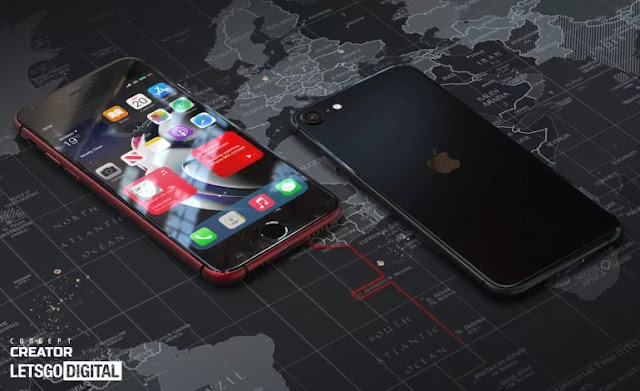 The top edge of the display offers space for the selfie camera and receiver, while the bottom edge of the display houses a physical home button with Touch ID. The small screen size is retained. The glass back and rounded corners will also remain unchanged. For many, the design will seem rather outdated. But the new budget phone packs two more goodies; Super-fast 5G and  A15 Bionic support.

Support for 5G and the A15 Bionic processor

One of the most notable additions to the iPhone SE 2022 will be 5G support. The iPhone 12 series was the first model from Apple that supported a 5G mobile internet network. With this range, Apple has managed to achieve particularly good sales results, which also apply to the new iPhone 13 series. The SE 2022 will be Apple’s cheapest 5G phone, cheaper than the “mini “. This will undoubtedly benefit the popularity of this model. It is also expected that Apple will not release a new “mini” – the iPhone 13 mini is the latest model.

Instead, it looks like an iPhone 14 Max is in the works, which will be larger than the base model, but less advanced than the Pro models. This would mean that the iPhone SE 3 is the only small model that Apple will introduce in 2022. again has just chosen a 4.7-inch Retina LCD screen: it is not yet known whether the HD resolution will be maintained. Apple will also integrate a new chipset. Apple may decide to insert a slightly larger battery. That would be desirable, as the iPhone SE 2020 isn’t immediately known for its phenomenal battery life. This device has an 1821 mAh battery, which lasts about 10 hours on average.

The iPhone SE 2020 (64GB) has an MSRP of €490. Maybe the new model will be on the market for the same amount. However, it is also possible that there will be a slight price increase, due to 5G support, as was the case at the time with the iPhone 12 series. Apple is expected to release the iPhone SE 2022 in two new colors Starlight and Midnight – both colors debuted at the time of the iPhone 13 series. These will replace the current black and white model. Additionally, the Product RED variant will likely be part of the party as well.

Multiple sources are reporting that Apple will be planning a spring event around March/April. The iPhone SE 3 will be presented during this event. A new iPad could also make its appearance. The new phone model should be available from the end of April/May. Apple is not the only manufacturer to release a relatively inexpensive 5G phone model in the second quarter of 2022. The Google Pixel 6a is expected at the end of May alongside the Google Pixel Watch, it will be the brand’s first smartwatch, with which Google will rival the success of the Apple Watch Series 7.

Google doesn’t seem to have any intention of entering the smartwatch market on its own. It seems very likely that the company is also working on a Google Android tablet. Just like the smartwatch market, the tablet market is also dominated by Apple. Google clearly seems to want to take advantage of this success.