Android 12-based One UI 4.0 beta will open to Galaxy S21 series owners in September, Samsung confirmed its community in the forums today. However, the exact release date has not been disclosed. When Samsung mentioned the beta program, the company said the first beta was “available soon.” 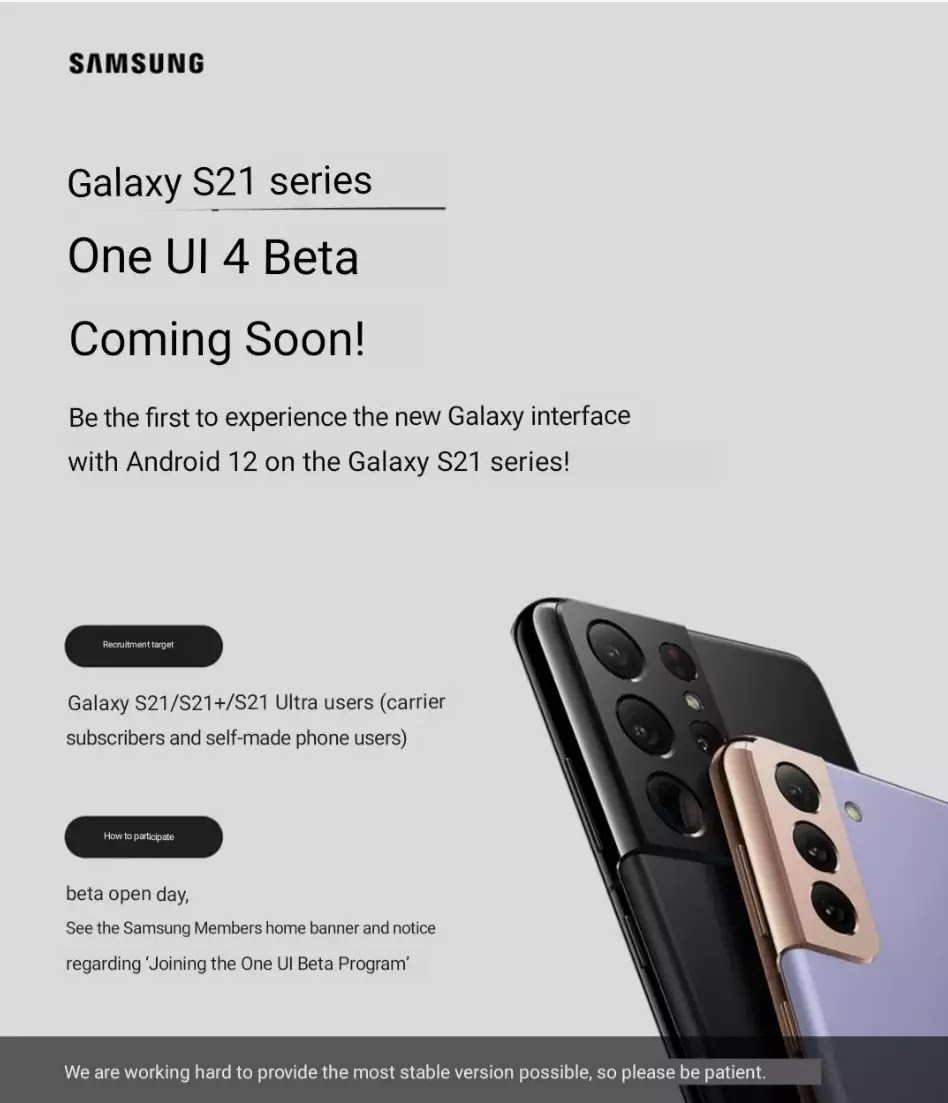 Samsung pretty much confirmed last month that the Galaxy S21 series will soon receive the first beta of One UI 4.0, but now we finally have a more specific September deadline. The Galaxy S21 series will be the first to join the One UI 4.0 beta. but it doesn’t have to be the only one. The Galaxy Note 20 series will likely be handled by the beta program as well, but we’ll see. Regardless, there are plenty of Galaxy smartphones that will eventually get Android 12 and oneUI 4.0 after the firmware is out of beta and has been publicly activated. As far as what to expect from One UI 4.0, the next version includes aesthetic changes and visual improvements like new app icons and color palettes.Samsung may have improved Knox as well, and other minor changes are likely to become apparent when the beta program is released in the coming weeks.